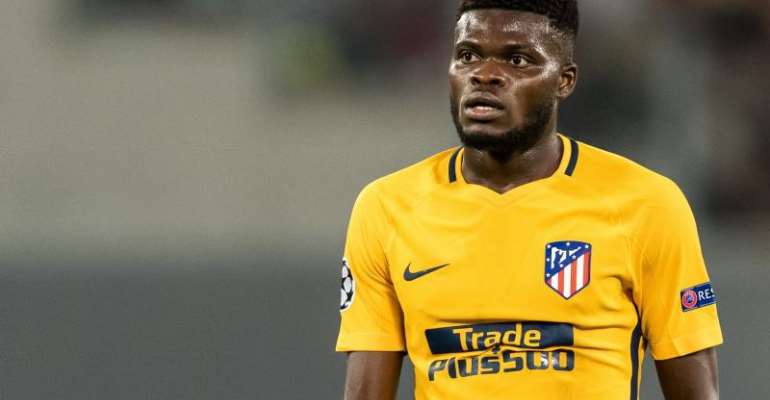 2017, obviously was not a good year of football for Ghana especially after failing to qualify for the FIFA World Cup for the first time since 2006, and finishing a disappointing fourth position at the Africa Cup of Nations in Gabon in January.

The national under-20 team, the Black Satellites could not qualify for the Africa Cup of Nations and hence did not appear at the FIFA under-20 World. However, the under-17 team, the Black Starlets offered hope, to the nation after finishing second at the Africa Junior Championship but could only reach the quarterfinals of the World Cup.

Despite the disappointments from the major competitions across the continent and on the global stage, some players showed class by distinguishing themselves from the lots.

And here are the top XI Ghanaian footballers in 2017 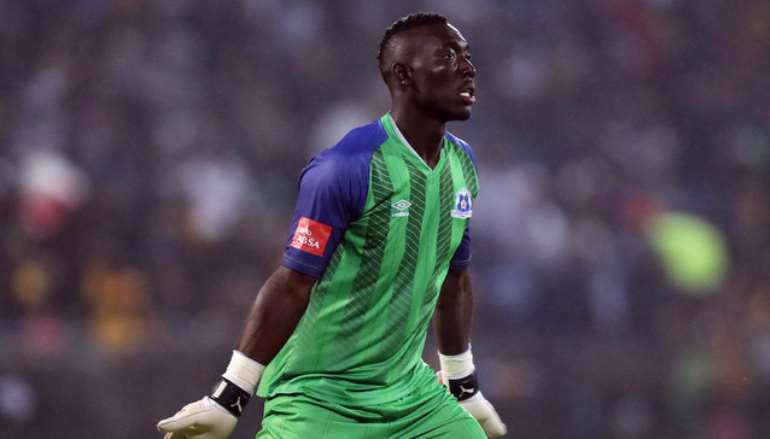 The goalkeeper joined Maritzburg United in the summer after helping Wa All Stars to a historic Ghana Premier League triumph in 2016. Having joined the Premier Soccer League side before the start of the season, Ofori worked his way to become the club's number one shot-stopper.

Ofori has already featured 13 times for the South Africans this season, keeping 8 cleaning sheets, with the club 9th on the PSL table.

The former Wa All Stars goalkeeper is now the Black Stars number one goalkeeper and has had some incredible moments between the sticks following his imposing performances in the World Cup qualifiers.

Ofori was Ghana's number one choice at the Africa Cup of Nations in Gabon early this year. 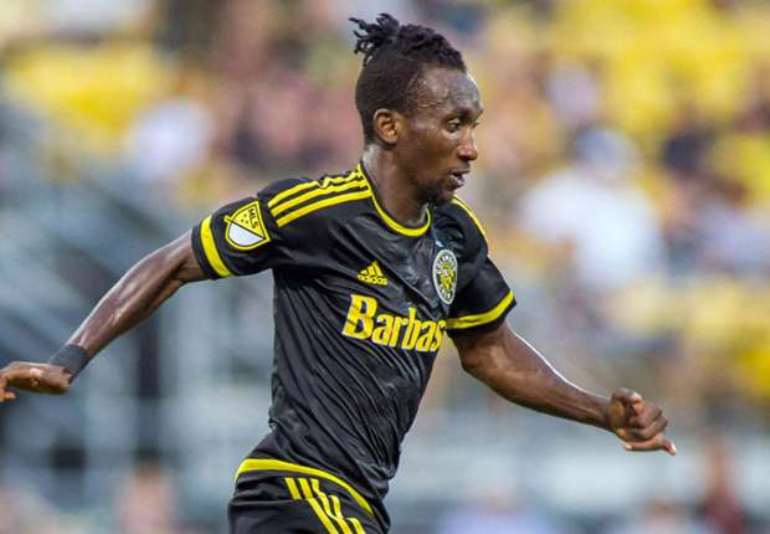 Not a spectacular year for the petit right back, but the Columbus Crew defender has been consistent with both club and country. His performances have been criticized a couple of times with the national team this year, especially in the game against Egypt in Cape Coast.

Afful made 29 appearances in all competition and scored one of the best goals of the season in the MLS. 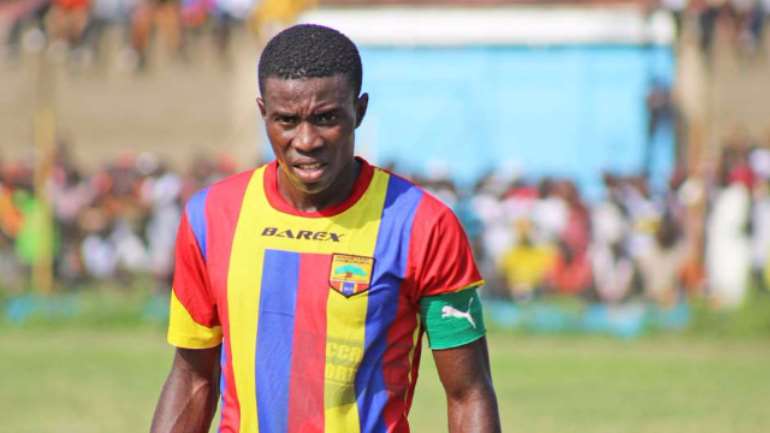 Versatile, intelligent and a charismatic leader. The Accra Hearts of Oak captain capped a sensational season in the Ghana Premier League, finding the back of the net 13 times and providing 4 assists as a midfielder and sometimes as a left back.

The 25-year-old lead Accra Hearts of Oak to a third-place finish in the Ghana Premier League and finished runners-up in the MTN FA Cup, a game he scored in, following an abysmal display from the Phobians.

His performances saw him earn a call-up into the Black Stars B team, where he helped Ghana win the West Africa Football Union (WAFU) Championship after beating rivals Nigeria in the finals. 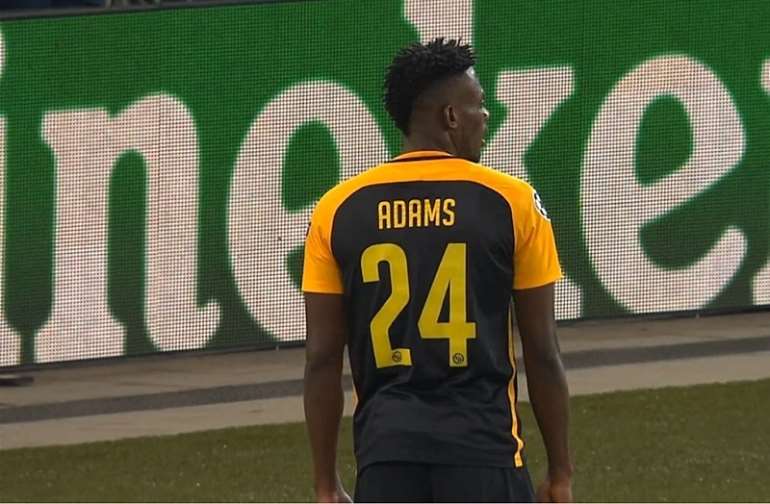 Not a popular name in the footballing circles, but Kassim Nuhu Adams, younger brother of Kumasi Asante Kotoko's Ahmed Adams has been one of Ghana's finest player's in Europe and made his competitive international debut against Egypt in Cape Coast.

Kassim Nuhu has been a constant feature for Swiss side Young boys this season, playing 28 times in all competition and scoring three times. The defender has been a core part of the team that played throughout the UEFA Champions League qualifiers before dropping to the Europa league.

Following his magnificent form with young boys, the former Mallorca player caught the lenses of Coach Kwesi Appiah who invited him to the national team and in his competitive debut game, his majestic display won the hearts of Ghanaians. 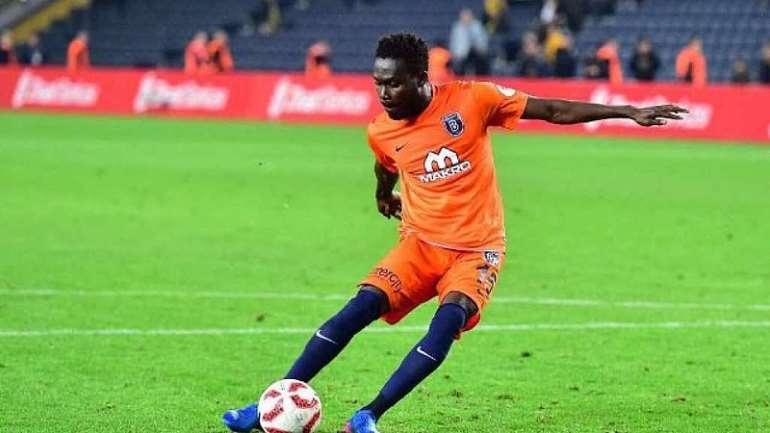 Maybe crucified for the howler against Congo in the World Cup qualifiers in Kumasi. His miscued pass helped Congo take a surprising lead against the Black Stars in Kumasi, and the team had to labour to get back and end the game 1-1.

A result many argue was the bain of Ghana's disqualification to Russia.

Despite, a horrific debut in the Black Stars, the former Black Satellites defender is enjoying a good season in Turkey with Istanbul Basaksehir. The Ghanaian is a pillar of the heart of the defence for the Turks and has played 25 times already this season and scored twice, one of which was against Galatasaray, a game Istanbul Basaksehir won 4-1. 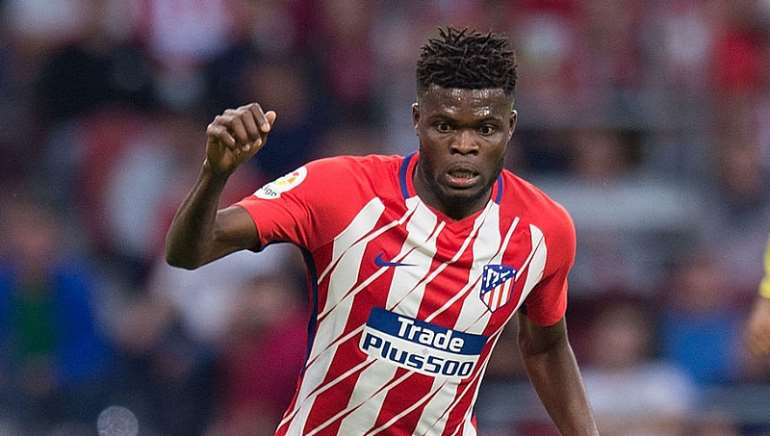 Arguably the best Ghanaian player in 2017, the Athletico Madrid midfielder has been a significant member of the national team and his best performance of the year will no doubt be in the game against Congo in Brazzaville, where he scored his first ever career hat-trick.

Ahead of the Spanish La Liga season, there were concerns about his limited time with the Rojiblancos with reports linking him with a move away from Athletico.

But, Coach Diego Simeone signalled a more involving season for the player, when he asked for the player to be excused from Ghana's friendlies against Mexico and the United States.

Partey, has since been ever-present in the Athletico team, playing 26 times this year and scoring three times, his goals have been important as some of them were match-winning goals.

However, the versatile player has seen a change in position as he now plays on the right side of the defence.

Partey was part of the 30 man shortlist for the African Footballer of the year but pruned out of the final XI. 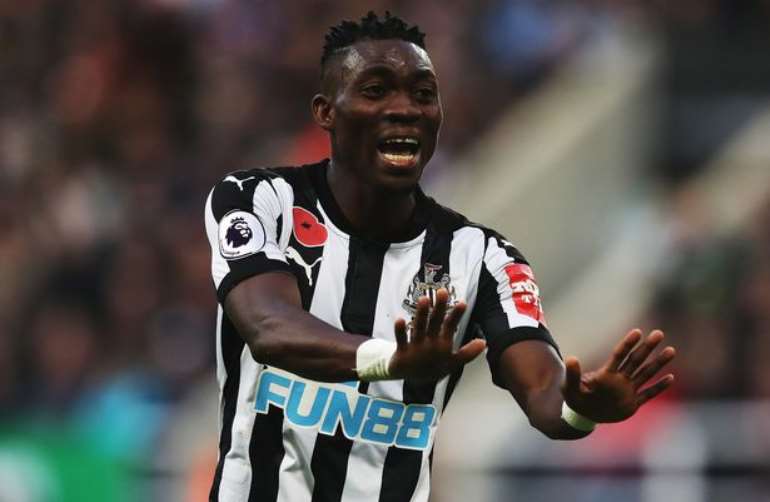 Ghana's own Messi, has he lived up to the tag? Well, that won't matter. After numerous loan deals, the Ghanaian finally settled at Newcastle United after making his move to the magpies permanent.

Atsu's talent has never been in doubt and in 2017, his performances have seen him earn a place in Rafael Benitez's team and sparkled at a disappointing Africa Cup of Nations for Ghana.

The 25-year-old was the orchestra over the weekend as Newcastle United returned to winning ways against West Ham United.

Atsu made the 30 man shortlist for the African footballer of the year. 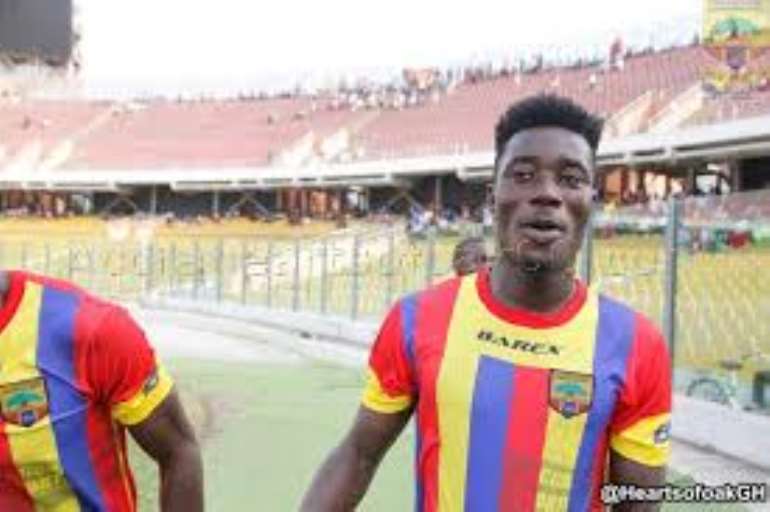 Fans trooped to the stadium to watch the player, who was everything, entertainment in football. Quality passes, visionary and had a knack for scoring too.

Finished the Ghana Premier League as one of the top creators, assisted lots of Accra Hearts of Oak's goals.

He earned a call-up to the national team and was part of the team that travelled to the United States for the friendlies against Mexico and the Yankees.

Winful Cobinna was a key member of the Black Stars B that won the WAFU Cup after beating Nigeria.

Could be voted the best player in the local league last term. His return from Saudi Arabia has been nothing short of spectacular. 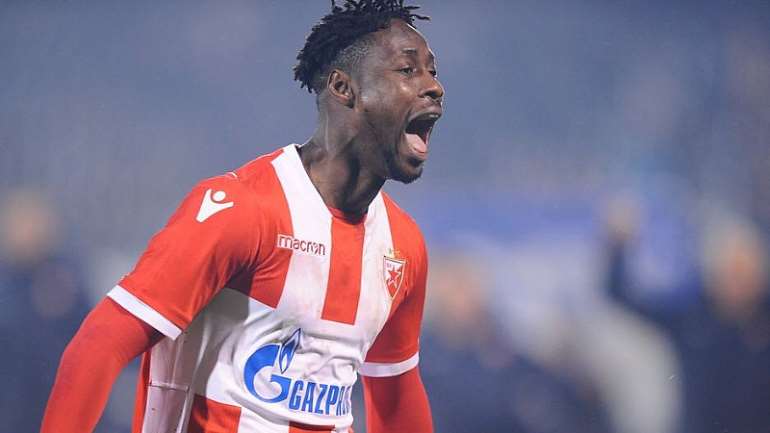 If there is any word to describe the striker in 2017, it will be GOALS. Anytime you looked at the news to check Boakye-Yiadom out, it will be for the goals.

Richmond Boakye-Yiadom will fight it out with Thomas Partey for the best Ghanaian player in 2017.

Joined Red Star Belgrade from Italian Serie B side Latina, following a successful loan spell in the first half of the year. The Ghanaian forward has scored over forty goals this year and 23 already in the 2017/18 season.

15 goals from fourteen Serbian Super Liga games, and was a core part of the team that reached the knockout stages the Europa League.

The 24-year-old was named Red Star Belgrade player of the season after a remarkable year. His performances earned him a return to the national team where he scored a brace against Congo in Brazzaville.

He looks the ultimate candidate to feel in the boots of legendary forward Asamoah Gyan. 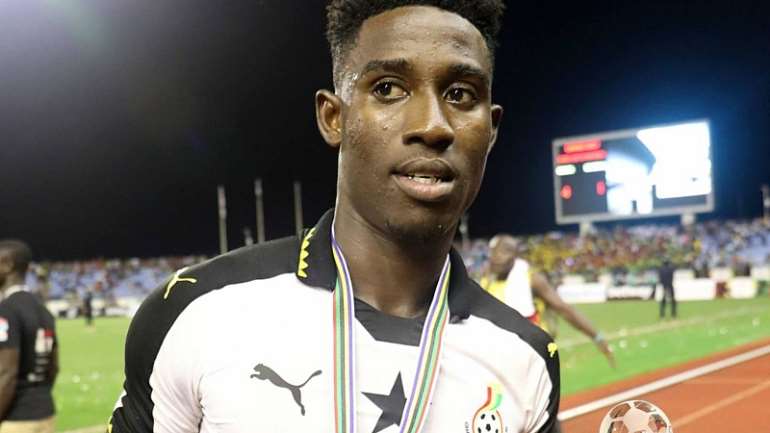 Best player at the West Africa Football Union Championship, captain of Inter Allies and Black Stars B, he deserves a place in the team. Isaac Twum quickly put behind him the disappointment of the under-20 failing to qualify for the Africa Junior Champions to producing his best season in the Ghana Premier League.

The 19-year-old was phenomenal for Inter Allies last season, earning a number of man of the match awards. He was Inter Allies' brightest spot in a difficult season that nearly saw the Cappelli Boys relegated.

He was one of the few local players that earned a call-up to the senior national team following their impressive performances.

Isaac Twum's midfielder dominance in the local league earned him a move to Sweden where he joined AIK. 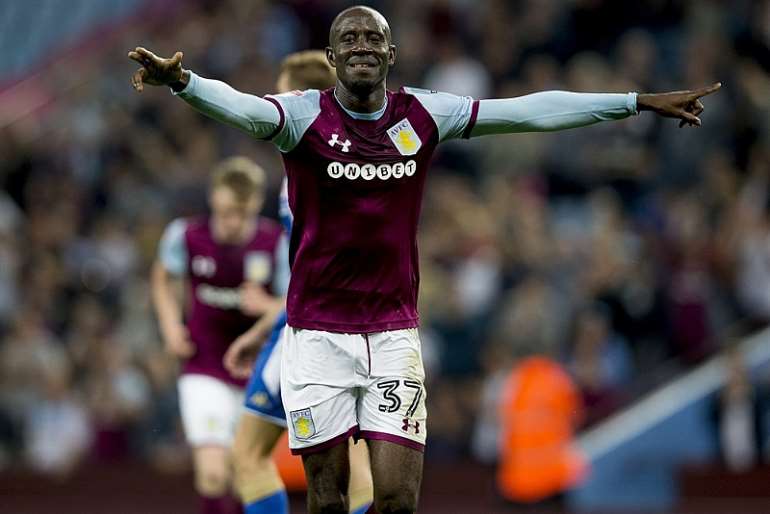 From assists king at Villa to leading goal scorer in just a year. Remarkable! Yes, it is.

The winger has been the fulcrum of Steve Bruce's Aston Villa like he did with Middlesborough two seasons ago.

The winger who enjoys creating has already hit double figures in goals at Villa this season, helping the club to fifth place in the English Championship.

Might be forgotten by the technical handlers of the national team but Adomah won't forget 2017.