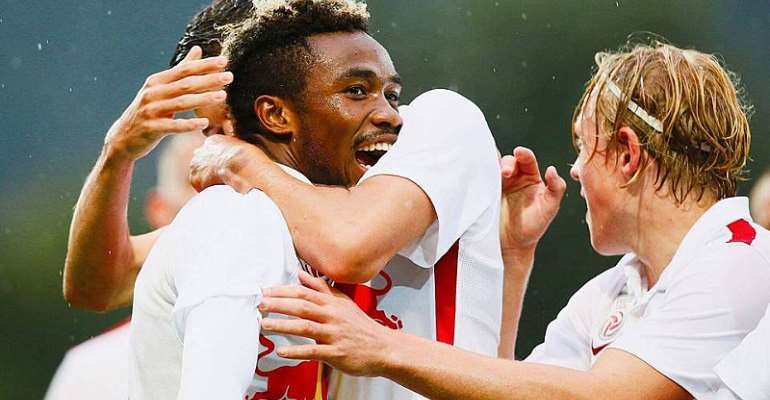 Samuel Tetteh will be loan out to another Bundesliga team in the second half of the season after being restricted to second team games.

According to sources, the player will be sent out on loan as he requires minutes in his legs at the highest level.

The 21-year-old just recovered from a knee injury that kept him out for almost six months after a flying start to life in the Austrian Bundesliga.

He has featured in three Salzburg games since returning but he will want more thus the decision to send him out on loan.

He scored 10 league goal for Liefring which is the junior team fro Salzburg when he first signed prompting his swift promotion to the first team.

His Ghanaian compatriot David Atanga who was also suffering from lack of playing time has also been loaned out to SKN Polten.