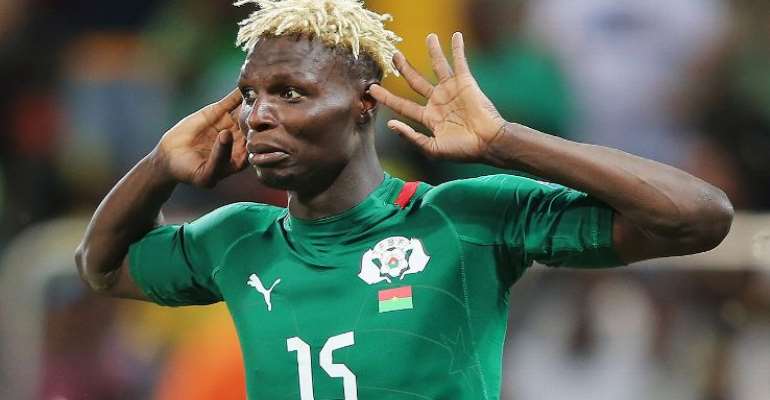 According to multiple reports in the media, Asante Kotoko have opened fresh talks with Burkina Faso international, Aristide Bance.

Ahead of the Africa campaign next season, the Porcupine Warriors are looking to forward to strengthen their team before the competition kicks off.

It was however reported that the Reds have shut the door on signing the energetic striker but latest reports suggest that the former Ghana Premier League champions are in negotiation to get the signature of the striker.

However, Bance’s current Club Al Masry is also said to be ready to sell the 33-year-old, this has further fueled and propelled Kotoko to keep the chase on the goal poacher.

Aristide Bance won silver with his country at the 2013 Africa Cup of Nations in South Africa and also helped the Stallion win bronze at the 2017 Nations Cup in Gabon where they defeated Ghana in the third-place match.

He is best remembered for an equalizer he scored against the Black Stars in the semi-finals at the 2013 Cup of Nations tournament.