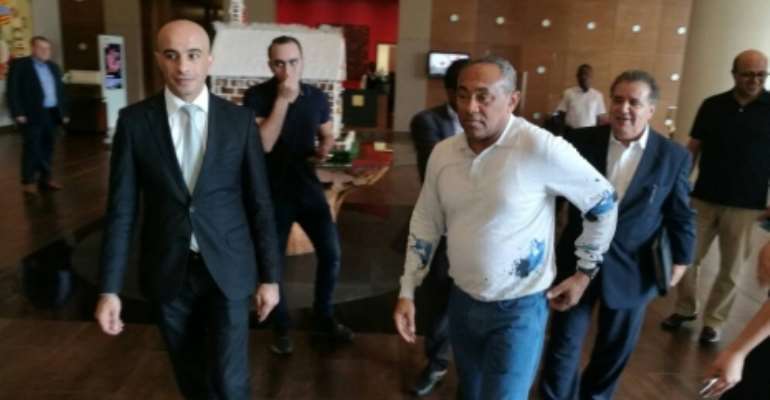 CAF president Mr Ahmad has arrived in Accra for Monday's unveiling of the final three-man shortlist for the AITEO-CAF 2017 African Footballer of the Year award in Ghana.

Mr Ahmad and other leading members of the Continental football governing body arrived in Accra on Sunday for the event which will be held at Movenpic Hotel in Accra.

The media event will see the CAF President officially announce names of the players who have made the final shortlist for the prestigious award.

New official sponsors of the awards ceremony, AITEO will also attend the event.

Eleven players were shortlisted for the flagship award for African football last month and the number will be pruned down to three.

Bertrand Traore of Burkina Faso, Uganda goalkeeper Denis Onyango, Morocco's Karim El Ahmadi and Senegalese duo of Keita Balde and Sadio Mane were among those in the ten-man shortlist.

Votes were gathered from members of the CAF Technical and Development Committee, CAF Media Experts Panel and Independent Media and TV Consultants to form the 10-man shortlist.

The second and final phase of the voting will involve Head Coaches or Technical Directors of the National Associations alongside ten members from the Independent Media and TV Consultants group.

The winner of the award will be named at the AITEO CAF awards 2017 ceremony be held in Accra on 4th January 2018.