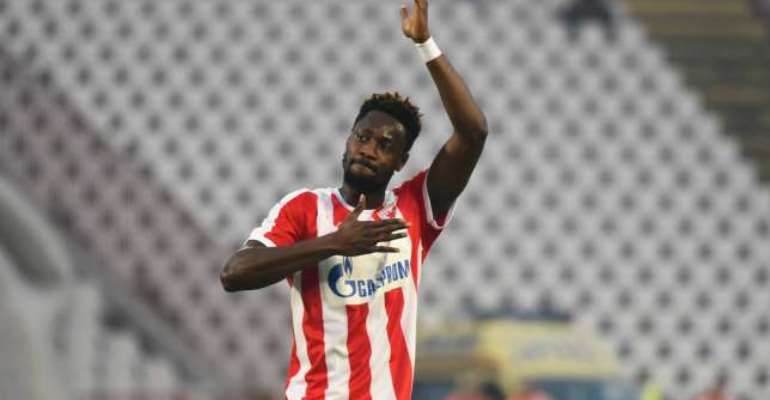 Red Star Belgrade forward Richmond Boakye Yiadom has thanked Asamoah Gyan describing the Kayserispor man as an inspiration to the younger generation and the force behind his incredible goalscoring exploits this year.

Boakye Yiadom became the first Ghanaian player in the last 20 years to score 42 goals in a calendar year and winning the best player at his Serbian side.

The 24-year-old has managed to turn around his one's inconsistent career and is now a wanted man across Europe's top leagues with Chelsea, Arsenal, and Valencia all said to have sent scouts to watch him this year.

On his way to crashing goal scoring records the former Juventus man has scored 15 goals in 13 appearances in the first half of the season as he continues to lead from the front for both club and country.

Yiadom has taken advantage of his form to force his way back into the Black Stars and will be hoping that he is the rightful successor to respected Ghana goalscorer Asamoah Gyan who he describes as his inspiration.

Gyan himself a man of ups and downs is at the twilight of his career and revealed his satisfaction over Yiadom's mental toughness to turn the tides and arrest a career that was heading for oblivion.

.
Red Star Belgrade will be holding that they are able to hold on to their star player at least till this January transfer window is over with clubs hovering around Belgrade for his signature.