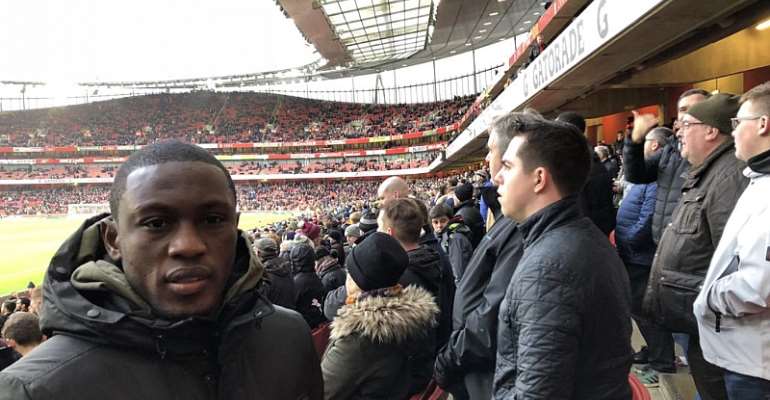 The Lorient FC striker is in London to offer his support to compatriot Christian Atsu who plays for Newcastle United.

Atsu is making a second straight start for the Magpies since his return from injury as he seeks to make an impact against the Gunners to get back to winning ways.

They are winless in their last eight Premiership games.

Election 2020: Only Uniform Personnel Will Be Deployed – Gha...
37 minutes ago