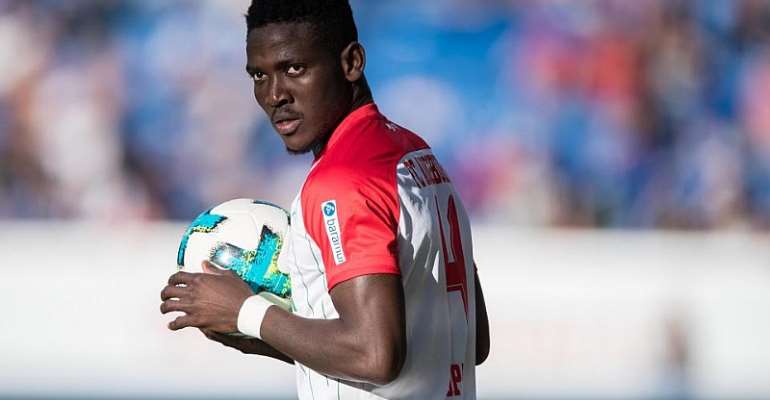 Ghana defender Daniel Opare has shamed Racing Lens fans with his virtuoso performances for Augsburg in the German Bundesliga.

Opare spent last season on loan at French Ligue 2 side Lens following his inability to lock down regular playing time at Augsburg.

However, the 27-year-old's time at the Lens-based club did not work out as planned as he spent most of his time either on the treatment table or warming the bench.

And following the side's underwhelming performance in the league, fans of the Black and Gold conducted an online poll about players the club should offload in the summer, and the Ghanaian defender finished atop of the three-man shortlist with just 1 percent of the votes cast.

The former Real Madrid right-back has been an undisputed starter for Augsburg since he returned to the side at the start of the campaign.

His performances for the German side also prompted Ghana coach Kwesi Appiah to hand him a recall into the Black Stars fold.

He has featured in all but three of coach Manuel Baum's side games in the Bundesliga with 67.2 pass success rate as the club occupy 9th on the standings.