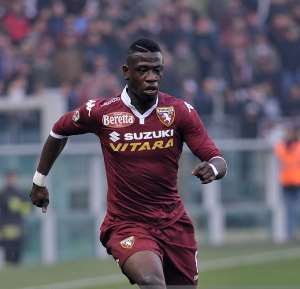 Torino could sell midfielder Afriyie Acquah to English Premier League side Newcastle United with Aleksandar Mitrovic moving the other way.

The Magpies are looking to bolster their squad as the battle for Premier League survival, and Acquah would provide some steel in the midfield.

The 25-year-old has made just two starts in Serie A so far this season, so could be keen to move for more playing time.

According to Tuttosport, Newcastle are interested in signing the Ghanaian and could offer Mitrovic as part of any deal.

The Granata are looking for a striker to play backup to Andrea Belotti, and the Serbian has fallen out of favour under Rafa Benitez, playing just 89 Premier League minutes all season without a single start.

They Sent 'Dante Crocodiles' To Our Area To Scarce Us — Ajum...
31 minutes ago

VIDEO: May Ken Agyapong Suffer From Paralysis And Be Numbed ...
50 minutes ago