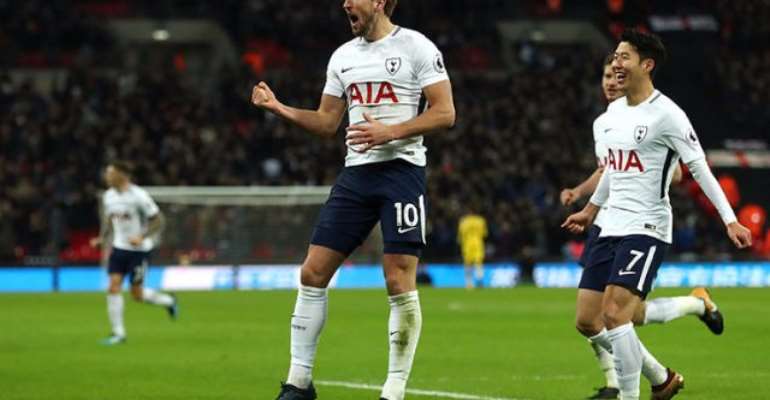 Tottenham 5-1 Stoke City
Tottenham got back to winning ways with a commanding win at home to Stoke.

Harry Kane scored two goals before Christian Eriksen made it 5-0.

Shawcross scored at the correct end this time with a simple header ten minutes from time in a game Spurs dominated.

Burnley 1-0 Watford
Scott Arfield stepped out of the shadows to become Burnley’s latest match-winner as the Clarets continued their eye-catching Premier League campaign with a 1-0 victory over 10-man Watford.

Billed as a battle of wits between Sean Dyche and Marco Silva, two over-performing coaches who were heavily linked with the Everton job recently, it was the former who enhanced his growing reputation.

Marvin Zeegelaar’s 39th-minute red card for a studs-up challenge on Steven Defour played its part but it was Arfield, granted a first start since October 21 only because of Robbie Brady’s injury, who provided the decisive finish on the stroke of half-time.

Chris Wood and Ashley Barnes both saw efforts ruled out for offside as Watford stayed in the game, though two weak penalty appeals were as close as they came to nicking a point.

Scott Dann turned the game on its head but Defoe’s sublime lob brought the visitors level just before the break.

Roy Hodgson’s side missed a host of chances before being awarded a penalty but Benteke fluffed his lines at the crucial moment.

Huddersfield 2-0 Brighton & Hove Albion
Steve Mounie fired a first-half double as Huddersfield bounced back to winning ways in the Premier League by beating Brighton 2-0 at the John Smith’s Stadium.

Club record signing Mounie, back in the starting line-up after recently returning to full fitness following injury, grabbed his first goal since the opening day early on and headed his second just before half-time to help the Terriers halt a four-game losing run.

The victory lifts David Wagner’s side above Brighton in the table and extends the south-coast club’s winless league run to five matches.

The Swansea boss had insisted before West Brom’s visit that his future did not rest on the outcome of this game.