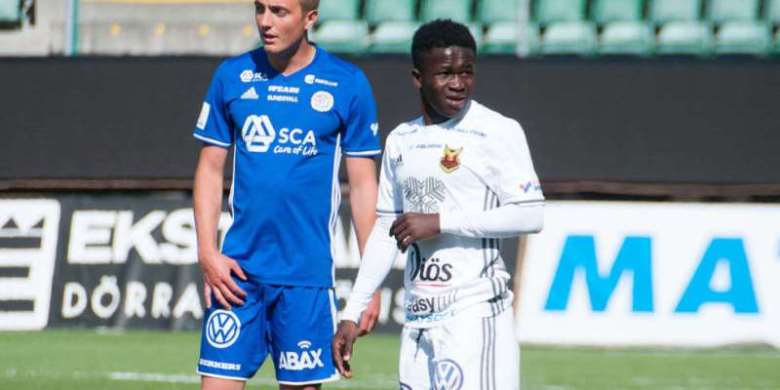 Ghanaian midfielder Frank Arhin was a late substitute for Ostersunds FK as they held Hertha Berlin to a pulsating 1-1 draw in the Europa League on Thursday night.

Ostersunds, who have already booked their place in the next round of Europe's second-tier club competition prior to the clash at the Olympiastadion, shot into the lead in the 58th minute through Greek defender Sotiris Papagiannapoulos.

However, Peter Pekarik rescued a point for the Berlin-based side in the 61st minute of the game, but the point earned from the game was not enough to aid their qualification into the knockout round of the competition as they exited with five points.

Arhin, who made two appearances for Ostersunds during the just ended Swedish Allsvenskan league, was introduced in the 90th minute as the game looked to have been wrapped up.

Meanwhile, Samuel Mensah spent the entire duration of the game on the substitute bench.