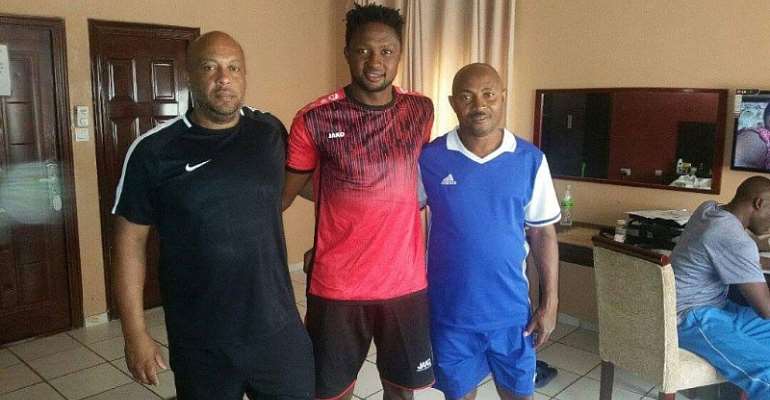 The defensive midfielder who joins the former CAF Champions League winners as a free agent is the second Ghanaian to join the side after Black Stars goalkeeper Fatau Dauda.

The 22-year-old defensive midfielder will be with The People's Elephant until 2020 and is expected to fuel their title-winning ambitions next season.

Omar is currently with the Aba Warriors in their preseason tournament preparing for the upcoming season and their participation in the CAF Confederation Cup campaign next year.