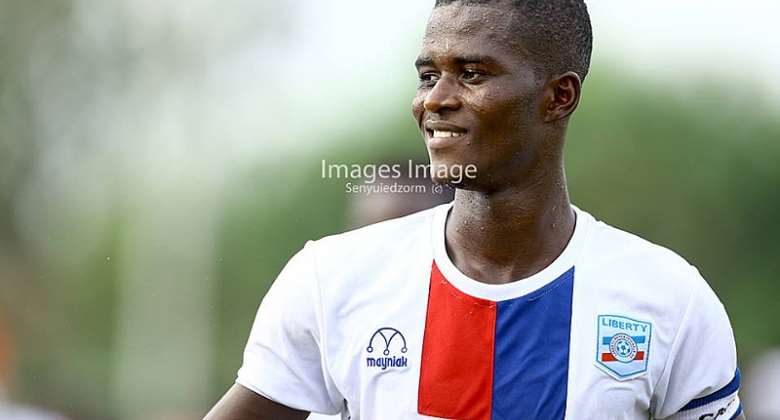 Liberty Professionals captain Samuel Sarfo has debunked reports that he is on the verge of joining Asante Kotoko.

Sarfo, who notched up six goals for the Scientific Soccer lads last season, expressed his desire to depart the club before the start of the impending Ghana Premier League campaign.

And the report went rife in media last week that, Sarfo has held fruitful talks with FA Cup holders Asante Kotoko and could seal a deal in the coming days.

However, the 27-year-old guardsman has quashed the report and pointed out that despite his determination to move away from the Dansoman-based outfit, he is yet to open talks with any club.

"I am open to a move out of the club but I haven't spoken to any club as being rumoured around. All that are being said about me are mere speculations," Sarfo disclosed to Graphic Sports.

"It will be in my interest to join a much bigger club at the beginning of the new season but as it stands now nothing is concrete."

Sarfo was instrumental for the Black Stars B during their 2017 WAFU Cup of Nations title triumph.