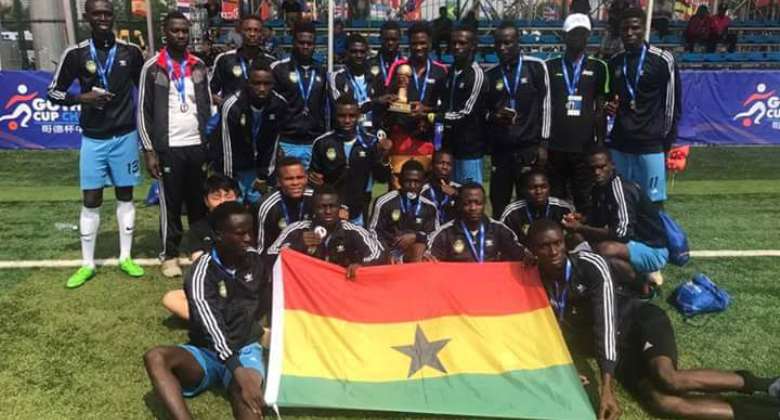 The Accra based side will be using the occasion to scout for new players ahead of the new season.

After an eventful season which saw them win silver at the Gothia Cup in China and placing 4th in the Greater Accra Division 2 Zone 3A, the club held an end of year awards gala to reward the team for their achievements and also gave recognition to deserving players and technical handlers of the club last month.

According to the General Secretary of Paga United FC Mr Charles Achari, players who will be selected by the technical team will be given an opportunity to live your dream of developing their footballing talent and playing top flight football in Ghana and internationally.

He explained that the club wants to recruit players within the age bracket of 14-20 years so they can successfully develop their talents and offer them a bigger stage to claim a brighter future for themselves and their families in Africa.

Paga United FC captured the imagination of the world after clinching a silver medal at their maiden appearance at the biggest youth football tournament in the world held in China in August 2017 where they came second in the boys U-25 division.

Founded in 2013 by an ex-footballer, John Vaa,- who made the initial draft for the Black Starlets team in 2006 - Paga United placed a respectable 4th in Zone 3A with 39 points out of 28 points, behind eventual winners Emmanuel FC, second-placed Charity FC and third-placed Golden Boys.

The club is named after the birthplace of the founder of the club which happens to be Paga in the northern region.

We can't wait any longer – CLOGSAG to embark on nationwide s...
33 minutes ago

Nat Nuno Amarteifio, former Mayor of Accra to be buried on F...
33 minutes ago