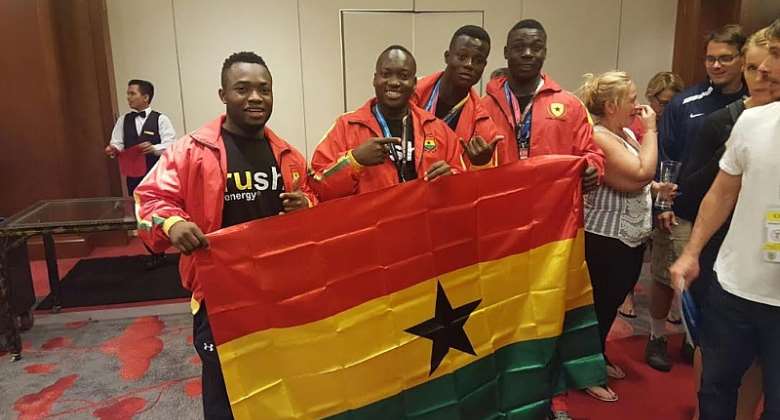 About 372 weightlifters - 216 men and 161 women from 72 countries would participate in the championship which would be held from Tuesday, November 28, 2017 to Wednesday, December 6, 2017 at the Anaheim Convention Center (ACC), California.

Christopher Forrester Osei would join the team from his base in the United Kingdom and also compete in the 94kg category with an entry total of 309kg.

The athletes would be guided and coached by the head coach and technical director of the team and member of the technical commission of the IWF, Dr. Kyle Pierce.

The competition would be used to prepare the team for the 2018 Gold Coast Commonwealth Games in Australia.

After the competition, the Cranes would begin their pre-camping for the 2018 Gold Coast Commonwealth Games at the Louisiana State University (LSU) where they will be till March 2018 and join Team Ghana for the Games.

They would later be joined by up and coming weightlifting sensation, David Akwei who won bronze at the Commonwealth Weightlifting Championship in Australia last October.

The team’s participation in World Championship and training camping is been sponsored by the Ghana Weightlifting Federation (GWF), the International Olympic Committee (IOC) scholarship and the Technical Director of GWF, Dr. Kyle Pierce.