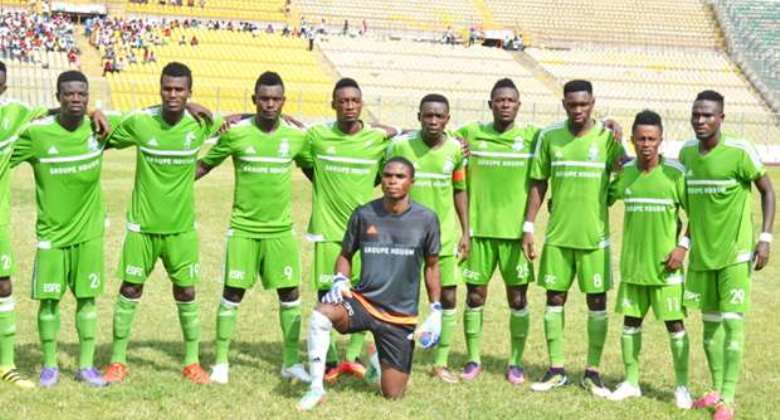 Ghana Premier League side Elmina Sharks have reduced their squad number by transfer-listing 11 players and releasing players who played for the side in the just ended league.

The club will strengthen their squad with some top players on the local scene as they prepare for the upcoming Ghana Premier League season.

Two out of the 15 players - Joseph Dabitorah and Joseph Akowuah Mensah have been released by the club because they are out of contract while two others have had their marriage ended with the side after their loan spells.

Theophilus Anobaah and Musah Ibrahim could not impress the technical team of Sharks to warrant a stay at the club after joining as a free agent and a loanee from Dwarfs respectively.

The other 11 players who have been transfer-listed include former Hearts playmaker Kofi Abanga, Farouk Adams, Anthony Yerful, Enock Abakrow and striker Richard Atika.

Speaking to GHANAsoccernet.com, the PRO of Elmina Sharks Richmond Arthur explained that the four players could not impress the technical team hence their release while the transfer-listed 11 will not have any difficulty in securing their release if they find a destination.

He added that the side will sign on some new players before the start of the next season.

'Those we have released failed to impress while we shall always be ready to help the others to move smoothly without hindrance if they secure clubs,' he noted.

GHANAsoccernet sources indicate that the Green and Whites have targeted Medeama midfielder Justice Blay as one of the top players they want to lure this season.