Emmanuel Adebayor: If You Say 'How Are You' To Rosicky, He'd Be Injured For Months 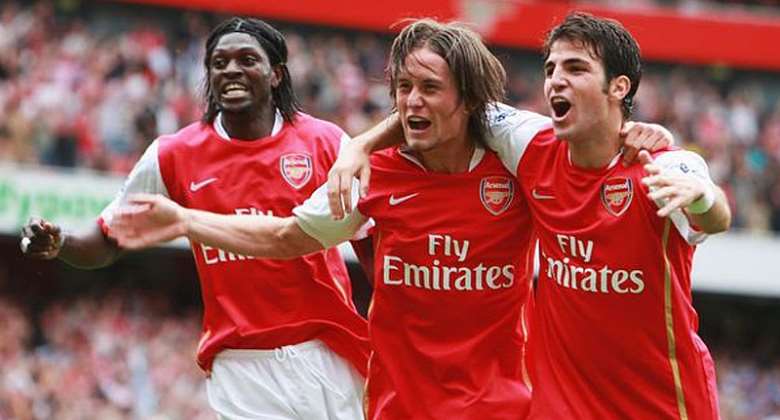 Throughout his time in London, the Rosicky struggled continually with fitness problems.

In the 10 years, he was at the Gunners, the Czech Republic international was absent for a total of 990 days through injury, much to the chagrin of Adebayor.

"I was the strongest player in the team, despite the fact that I weighed 73kg," Adebayor told So Foot.

"At that time, Chelsea had [Michael] Essien and [Michael] Ballack in midfield. We had Rosicky.

"If you said as much as 'how are you' to him, then he'd be injured for two-and-a-half months."

Since leaving Arsenal in 2016 to join Sparta Prague, Rosicky has fared no better and has participated in just five league games this season.