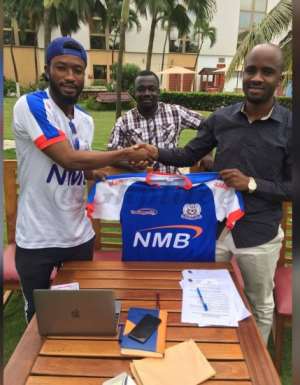 The striker scored 10 goals last season, led the line for Liberty as the replacement for Latif Blessing who left for the United States to play for Sporting Kansas City.

Azam FC confirmed the deal on Wednesday after all the needed paperwork was completed.

“Azam FC will be pleased to announce that it has succeeded in signing the sign of the striker Bernard Arthur, from the Liberty Professional of Ghana”