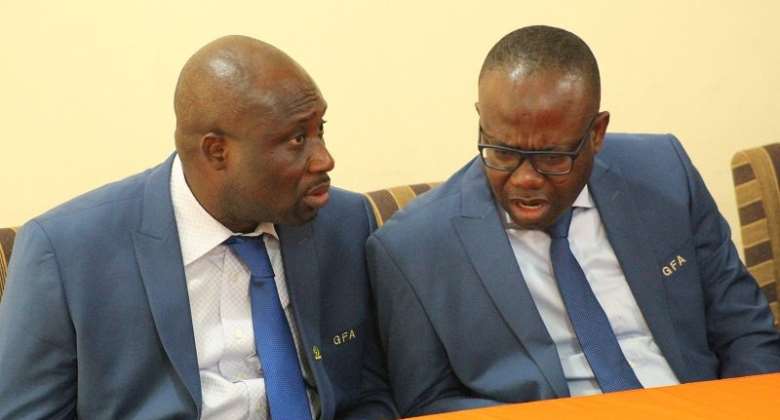 Nyantakyi, who doubles as Vice President of CAF, has been at the helm of the nation's football governing body since 2005, propelling the nation to three consecutive FIFA World Cup tournaments.

The astute lawyer has confirmed that he will not contest for the nation's football governing body seat again when his tenure expires in 2019.

Many football administrators such as Ghana FA vice capo George Afriyie, Nana Yaw Amponsah, Randy Abbey, Fred Pappoe and Kurt Okraku have been touted as likely candidates to succeed Nyantakyi in the next elective congress.

But according to Kwesi Appiah, anyone who steps in the shoes of the Wa All Stars bankroller should try and exceed his success by improving the standard of football.

'It's very important to get an FA President who is very impressive in his dealings, at the moment I don't know Nyantakyi will be leaving his post but nonetheless whoever assumes the post should do much better than Nyantakyi but Congress will have to decide,' Appiah told Happy FM.