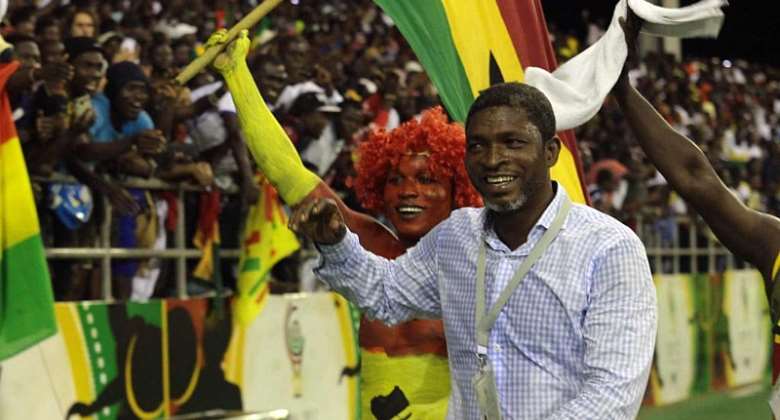 Black Stars deputy coach Maxwell Konadu has cautioned the management of Hearts of Oak and Asante Kotoko against recruiting players for the club insisting it must be the sole responsibility of the technical team.

The former Kotoko manager who won the Ghana Premier League in his first and only season for the club has described that practice as outmoded and has strongly called on the management to discard those practices.

Maxwell insists that the leadership of the two big teams in Ghana have always recruited players for whoever becomes the coach which eventually becomes unproductive for any of the sides.

'The practice of management recruiting players for the club must end immediately to allow coaches the opportunity to pick their own players and build their own teams,' he told GHANAsoccernet.com

'Hearts and Kotoko have often endured the practice of management members recruiting players for the club which creates serious challenges for the coaches when they take office.

'Until that practice is stopped, the two sides will continue their wholesale recruitment and release,' he cautioned.

He adds that not every good player is capable of playing for either Hearts of Kotoko and until the leadership gives the managers their free will to recruit their own players, both clubs will continue to struggle.

'The practice of management members bringing players to be recruited by the club is an outmoded practice.

'They must understand that a player can be a star at his club but will struggle to play for Kotoko or Hearts so not every player can play for any of these teams. It takes only the coach to identify all these qualities,' he added.

Hearts of Oak have seen the end of the contracts of some of their star players while Asante Kotoko are reported to be transfer-listing about ten players ahead of their campaign next season.

Covid-19: Headache, body pains show the vaccine is working i...
12 minutes ago