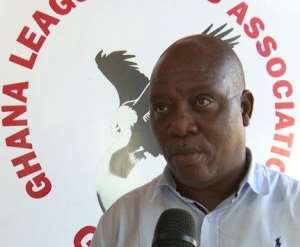 The two parties have a four-year running sponsorship agreement worth GHÈ¼100,000.00 but GHALCA President, Mr Kudjoe Fianoo has revealed the figure will rise exponentially to a $100,000 annually for five years if the new contract is signed.

According to him, the deal will make up for the sponsorship of the President's Cup and the upcoming G8 tournament, which are organized annually by GHALCA.

Mr Fianoo who disclosed this in an interview with the GNA Sports said he was confident of an agreement being signed in a not too distant future.

'We are looking forward to signing five years. I can say it is almost sealed because we are only waiting to sign,' Mr Fianoo said.

He explained that the presence of Star Times would help telecast the competition across Africa aside the huge financial boost and decoders.

Star Times TV is a Chinese-owned satellites TV providers and it was launched in Ghana quite recently.

The company also has a long-term broadcast sponsorship agreement with the Ghana Football Association (GFA).