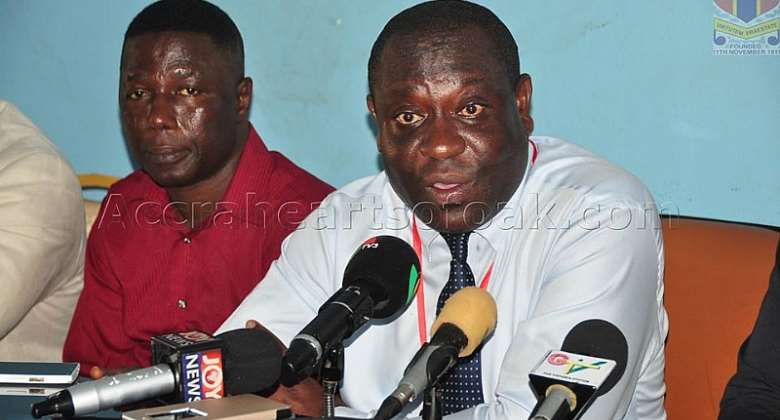 Acting Managing Director of Hearts of Oak, Vincent Sowah Odotei says the management of the club are determined to make the club the successful brand in the country.

The management of the club has been widely criticized and slammed by the supporters of the club for ending the 2016/17 campaign trophy-less.

The team looked rejuvenated under the auspices of Frank Nuttall who replaced Kenichi Yatsuhashi but was able to steer the club to the 3rd position with 47 points and lost the MTN FA Cup to their bitterest rivals Asante Kotoko losing by 3:1 at the Tamale Sports Stadium.

Ahead of the 2017/18 campaign, Odotei who doubles as the Member of Parliament for the people of La Dadekotopon Constituency says they are determined to make the club a successful brand.

“It’s a sad reflection on the general ball industry in Ghana but presently, I can tell you that the current board and management of the club are really determined to raise the club to a higher pedestal. We are determined to make it a very successful brand and we are determined to make sure the club is fit financially and that is why we are trying to put in place to ensure that we build a foundation for better things to come," he told Class FM.

He further reiterated that they have not gotten to their destination but they will continue to thrive to get there.

“Things are going to be different next season and we are very confident about that. Maybe when we publish our statement for the just-ended season, the supporters will see that a lot of things have improved within the club and that is why I am sad when people start to criticize the management of the club. There was a massive improvement in the gate proceeds but we haven’t got there yet because we are far away from where we want to be.” He added.

I'll hand over power to the next elected president on 7th Ja...
56 minutes ago