Egypt To Test Some New Faces Against Ghana Today 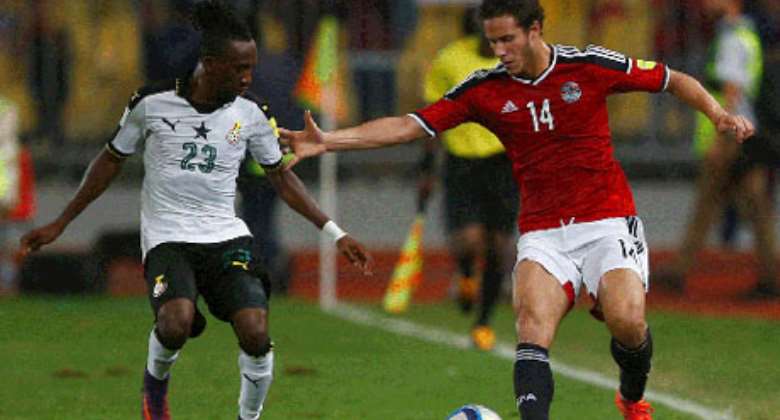 Egypt manager Hector Cuper will be looking to tweak his side against Ghana in Cape Coast in the final World Cup Group E qualifier after guaranteeing a spot at the 2018 Russia finals.

After beating minnows Congo 2-1 at home in the group's penultimate round, Egypt moved four points clear of second-placed Uganda to seal a World Cup berth for the first time in 28 years with one game to spare.

And Cuper saw the meaningless tie against Ghana as a perfect chance to introduce new faces into his squad, with the Argentine manager consistently criticized for sticking to a certain group of players.

Liverpool and Egypt star Mohamed Salah, whose brace against Congo sent his side to the World Cup, has been rested for the game following a hectic spell with both club and country, as Saudi-based winger Shikabala was called up for the first time in three years.

Key West Bromwich center-back Ahmed Hegazi has been also left out due to personal reasons, with another regular defender in left-back Mohamed Abdel-Shafi missing the game through injury.

"We are trying to get more time for our preparations to the World Cup and maybe we'll give the opportunity for other players according to our needs and their capabilities to adapt," Cuper told a presser last week.

"Shikabala has improved a lot recently and I wanted to test him as a second striker or in the number 10 position. He'll get his chance against Ghana.

"We saw that Salah is exhausted physically and mentally and so I decided to rest him. It will give us the opportunity to see other players play in his position.

"We will try to test new tactics against Ghana."
What new tactics the defensive-minded Cuper would deploy against Ghana remains to be seen, with the 61-year-old usually relying on deep defending and denying his full-backs freedom to push forward into attack.

Ghana, on the other side, will not be going into the home game at full strength, with star duo Asamoah Gyan and Newcastle United winger Christian Atsu all out due to thigh injuries.

As a result, the Ghanaian national team's medical staff has been sweating on the fitness of winger Patrick Twumasi.

Ghana have managed to reach the past three World Cup editions, while Egypt qualified for next year's finals for the first time since 1990.

Egypt are top of the group with 12 points, while Ghana lies third with six.