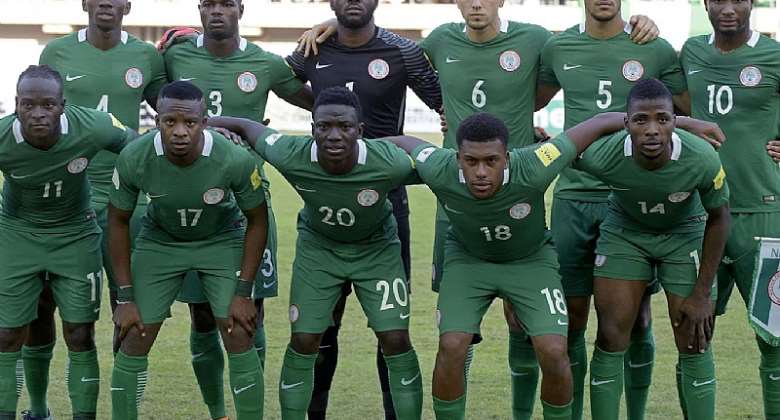 Already-qualified Nigeria failed to finish their preliminary campaign on a winning note but got in some good preparation for next year's World Cup in a feisty 1-1 draw away at Algeria on Friday.

Nigeria had already secured qualification last month and without the injured Victor Moses, and John Obi Mikel on the bench, they used the outing to give other players an opportunity to stake their claim for a place at the finals in Russia.

Obi Mikel's midfield replacement John Ogu hammered home a left-footed strike in the 63rd minute, taking advantage of a poor defensive clearance, to give Nigeria the lead, before Algeria were handed a soft penalty which Yacine Brahimi converted with two minutes to go.

Brahimi might have been sent off ten minutes earlier after appearing to headbutt an opponent, but was only booked by Gabonese referee Eric Otogo.

The home side missed two clear chances in the second half from Islam Slimani and Aissa Mandi right in front of goal, after slips by Nigeria's goalkeeper Ikechukwu Ezenwa.

Slimani also had a chance just 23 seconds into the match as he powered through the visiting defence in an effort to get his head onto a cross from Riyad Mahrez, but his effort went wide.

Carl Medjani blasted a long-range effort wide of the target after 12 minutes as Algeria looked for a win in their first match under new coach Rabah Madjer, back for a third spell in charge.

Nigeria striker Tony Nwakaeme, on his debut, shot on the turn just before half-time as the Algerian defence failed to clear in their own penalty area and forced a sharp save out of goalkeeper Fawzi Chaouchi.

Five Leicester City players featured in the game in the city of Constantine - Mahrez and Slimani for the hosts and Kelechi Iheanacho and Wilfred Ndidi both starting for Nigeria, with Ahmed Musa coming on as a substitute.