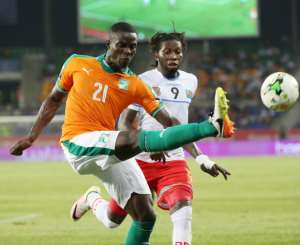 This meeting of the Elephants and Atlas Lions promises to be one of the best qualifying matches on the show this weekend, and AfricanFootball.com will have LIVE coverage of the clash.

The odds are stacked in favour of Morocco, who hold a one-point lead at the top of the table and know that they need only avoid defeat in Abidjan to secure a fifth World Cup qualification and their first since 1998.

Ivory Coast, meanwhile, must win the match to leapfrog to the top of the standings. Should they do so, it would see them secure a ticket to their fourth successive World Cup.

The match is given extra emotive value by the status of the teams' coaches. Morocco's Herve Renard will be facing the team he took to Africa Cup of Nations glory as recently as 2015, while Ivory Coast's Marc Wilmots may very well see this game as one in which his job is on the line.

The Belgian has earned little affection from Elephants fans since taking charge earlier this year, yet if he can secure a place in Russia 2018 it would certainly raise his stock in the West African country and secure his position for the foreseeable future.

Wilmots has called for unity from Ivorian fans ahead of the do-or-die clash, saying, 'We will have a final in Abidjan, we must win against Morocco.'

Renard has been more nuanced in his pre-match talk but has taken confidence from beating Ivory Coast at the AFCON earlier this year, as well as holding the Elephants to a goalless draw in the teams' first Group C meeting in Marrakesh a year ago.

'We're going to play our final game against Ivory Coast, and this game is going to be difficult,' the French tactician told beIN Sport

'We defeated Ivory Coast during the Africa Cup of Nations. We'll have to do the same again.'

Renard added, 'I think that we've made a lot of progress. But we have to be very efficient during those 90 minutes to seek this qualification that a whole nation is waiting for.'

The teams have met in 18 previous matches, according to FIFA statistics, with Ivory Coast claiming six wins compared to five for Morocco. The Atlas Lions beat the Elephants 1-0 when the pair met in the group stage of this year's AFCON.

The other Group C match will see Gabon host Mali in Franceville on Saturday afternoon.