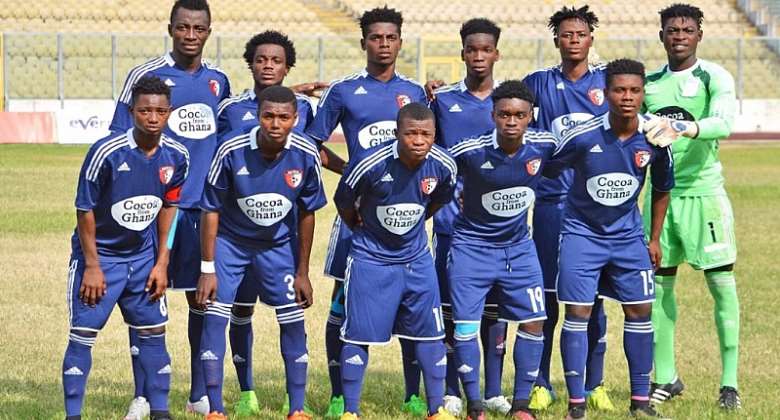 WAFA defender Caleb Amankwah has disclosed an earth-trembling revelation after his side failed to win the Ghana Premier League for the first time insisting the leadership of the club failed to 'pay some monies.'

In an era when the Ghana Premier League has been engulfed by issues of bribery and match-fixing, the lateral defender believes his side could have won the title if the leadership of the club were ready to pay 'some monies.'

The defender who played 27 out of the 30 league matches for his side to them place second for the first time since gaining promotion believes the title could have been won if the leadership of the club had complimented the effort of the playing body.

Caleb believes that the Ghana Premier League is not won on merit and that the leadership of the club should have paid their way through.

He claims the team was very discouraged after losing the league title because they were let down by the top hierarchy of the club.

'We were highly discouraged because we the players realized at a point that we had a chance to win the league title so we did all we could but the leaders of the club did not offer us the necessary support we needed', Caleb told Fox FM in Kumasi.

'We needed certain supports from our leaders in some ways. You know the Ghana league is sometimes in the hands of certain people, you see, like paying some monies and other things', Caleb noted.

The embittered right-back insisted they could have won all their home matches if the leadership had been ready to pay their way through.

'The best performance for other clubs at Sogakope was a draw. We the players ensured we never lost any home match. So the leaders of the club should have helped us to win those matches we drew at home. We did all we could but lacked external help from the management and that's why we lost the league title', he lamented.

WAFA finished the league for the first time in the second place with 51 points in 30 matches, 6 points behind champions Aduana Stars who won their second league title with 57 points.

I'll hand over power to the next elected president on 7th Ja...
55 minutes ago