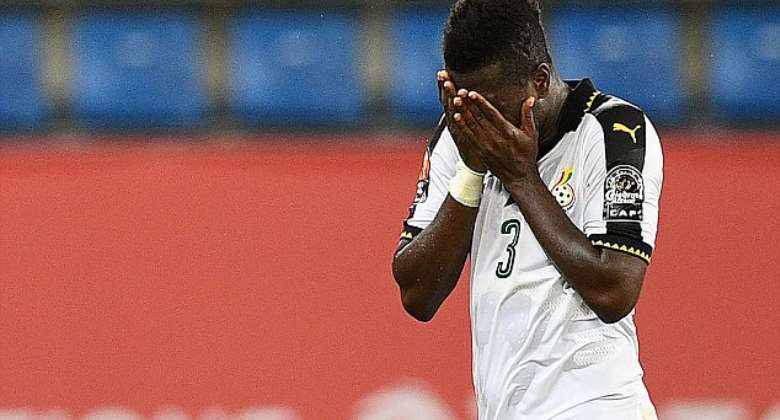 Black Stars Captain, Asamoah Gyan has suffered a fresh during training on Wednesday ahead of their final world cup qualifier against Egypt at the Cape Coast Stadium on Sunday.

The former Sunderland striker pulled out of training and remains a major doubt for the encounter against the seven-time Africa champions.

Gyan suffered a slight knock during warm up under Coach Kwesi Appiah as he is currently be assessed by the medical team.

Meanwhile, Sunday’s encounter is a mere formality as Egypt have already qualified to the 2018 World Cup in Russia.