Hearts of Oak Need Stability To Succeed - Former Board Member 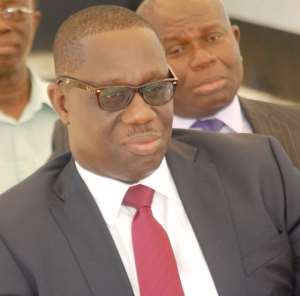 A former Board Secretary of Accra Hearts of Oak, Ernest Thompson has called on the current managers of the club, led by majority shareholder Togbe Afede XIV, to ensure that there is stability in both the technical and administrative setup of the club.

According to the experienced football administrator, the lack of success at the club since 2009 is largely because of the ‘chop-and-change’ attitude, which breeds instability and discomfort among the playing and administrative staff.

Ernest Thompson is, therefore, proposing a stakeholders’ forum, where a long-term plan will be discussed and executed to return the club to its glory days.

Mr. Thompson wants the Phobians to overlook the gratification that comes with immediate success, and plan for the future of the club even if that means a period of drought in terms of laurels.

Ernest Thompson said on Joy Sports Link Saturday: “Winning a trophy is not the only determinant of being successful so we must avoid trying to win the league at all cost. Yes, we are a big club and we want to win every competition, but with the way things are, there is a need for proper planning before laurels will come.

“Hearts of Oak communication is not too good. The infrastructural base of the club should have been better. The club has not been made attractive. And when the club becomes unattractive, how can you sell it? We need to make the club attractive,” he added.

They came close to lifting their first trophy last month but were humiliated 3-1 by rivals Asante Kotoko in the finals of the MTN FA Cup.

This was after they finished third in the league, missing out on the title to Aduana Stars.