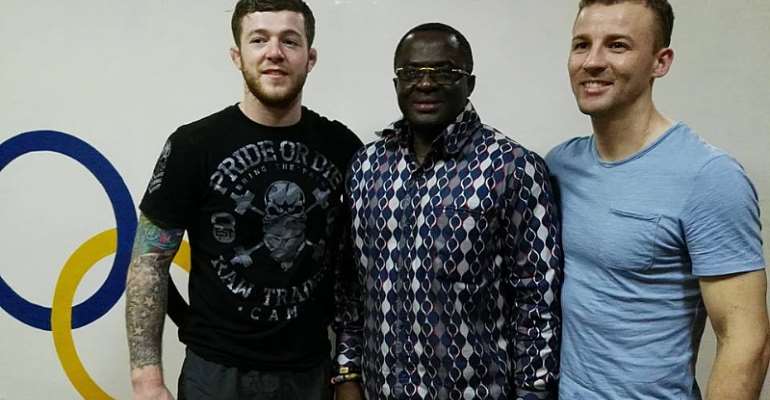 Supported by his two coaches, Brian Lightbody and Alan Puilpott, they told the President about their mission in Ghana, which is the upcoming MMA Championship at the Accra Sports Stadium on Saturday.

Theophilus Nelson said he will use his technical skills to beat his Ghanaian opponent, Isaac Commey who hails from Bukom.

He said his coaches are very good, and they are going to make the bout interesting and short.

The coaches expressed their joy of coming to Africa for the first time, and loved the friendly people of Accra.

The GOC President promised to grace the international championship. Jeff Taylor, promoter of the fight said he hopes to see a good fight. 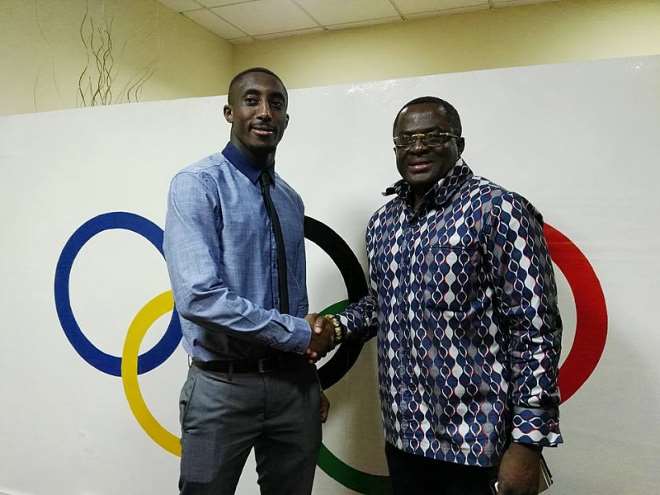