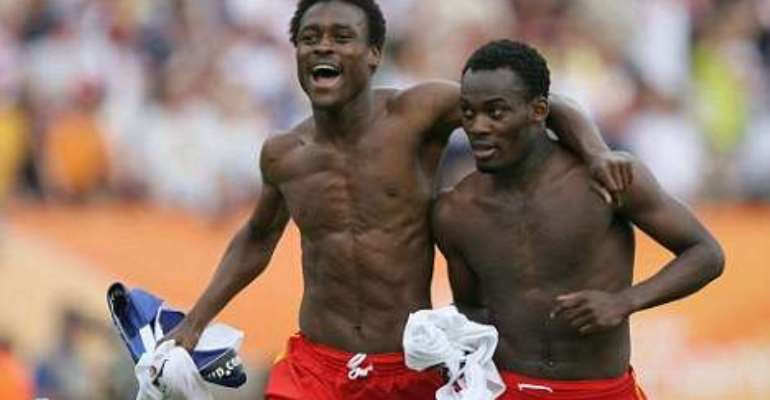 Former Black Stars midfielder, Derek Boateng has disclosed that hard work and discipline are the reasons behind Michael Essien's long and successful career.

After joining Chelsea in 2005 under the auspices of Jose Mourinho, Essien was considered one of the best central midfielders in the world and spent his prime years playing for the English giant where he won the Champions League before later moving on to play with Real Madrid and AC Milan.

Essien who now plays in the Indonesian top flight with Persib Bandung.

The energetic midfielder has already found the bag of the net 5 times in 27 appearances.

However, Boateng does not appear surprised that at age 34 Essien is still going strong in his club career.

“This guy is so professional you have no idea.

“When we all went to Europe most of the time he declined to come home with us for holidays.

“When you called to ask his whereabouts, he would answer that he was home watching Formula One.

“The guy was so determined and he was the only one during our U-17 days that kept his position right from the friendly through to the tournament,” he added.