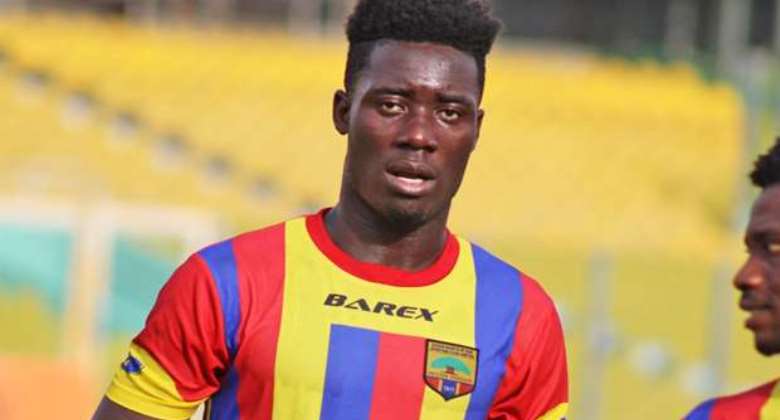 Hearts of Oak skilful midfielder, Winful Cobbina has described their humiliation as unbelievable after archrivals defeated them by 3:1.

Striker Saddick Adams scored a hat-trick in the first half to help the Porcupine Warriors to win the 2017 FA Cup that was staged at the Tamale Sports Stadium but Thomas Abbey’s consolation goal in the second half was not enough for the Phobians.

According to the Black Stars “B” midfielder, they had the right strategy to win the day but the early goal scored by the Porcupines changed the dynamics of the game.

“Playing Asante Kotoko is not easy so we never took things lightly. We were in high spirits and ready to play but their goals came early and destabilized us.” He told Asempa FM.

“We were up for the task only that we did not have a good game notwithstanding all the great players we presented in the just ended WAFU competition”, he added.

Cobbina praised the supporters of the club for their support despite failing to any silverware.

“Our fans have been exceptional. They have supported us throughout the season very well and deserve the joy of winning the MTN FA Cup trophy” he stated.

“I apologize on behalf of my colleagues and ask them to continue supporting us through these hard times. We are very grateful to them and we are nonexistence without them”, he stressed.

Winful Cobbina was a member of the Local Black stars winning team that won the just ended WAFU tournament hosted in Ghana.