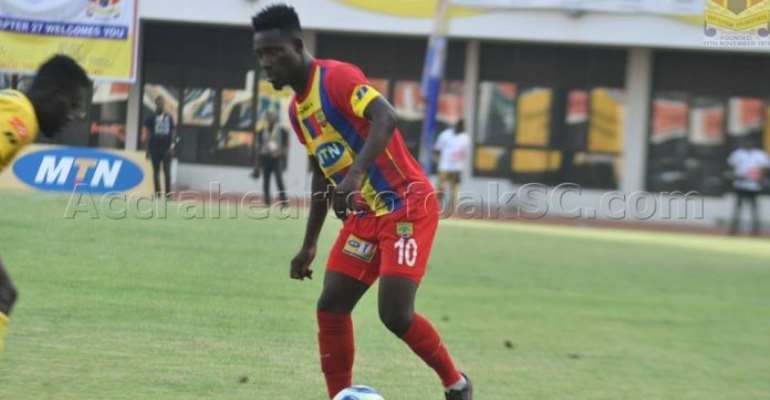 After ending the 2016/17 season trophy-less, Hearts of Oak skilful midfield, Winful Cobbinah has averred that their rivals, Asante Kotoko outplayed them in the finals of the 2017 MTN FA Cup played at the Tamale Sports Stadium on Sunday.

The Porcupine Warriors was crowned champions after striker Saddick Adams scored a hat-trick in the first half with Hearts of Oak skipper Thomas Abbey grabbing the consolation goal in the second half to end the much-anticipated match 3:1.

However, the skilful midfielder has enjoyed the 2016/17 season with the Rainbow team believes they are not entirely disappointed about the results of the match because that is what football is all about and Kotoko were the better side on the day.

“I wouldn’t say we are totally disappointed, it’s a game of football everyone wants to win but they [Kotoko] were able to out-power us.

“We just have to go back and correct our mistakes so we’re cool, I would point fingers at anyone because it’s a football game,” Cobbinah said in an interview.

Meanwhile, the future of midfielder is shrouded with uncertainty as he has been linked with a move away from Hearts.