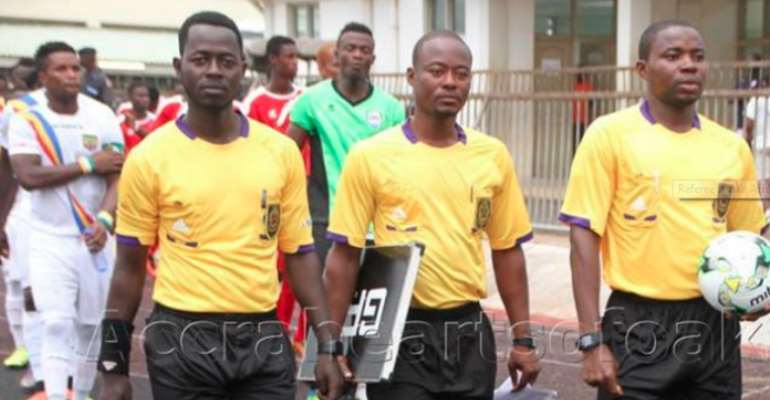 Ghanaian referee Latif Adaari has been appointed to officiate the finals of this year’s MTN FA Cup finals between Accra Hearts of Oak and Kumasi Asante Kotoko which will be staged at the Tamale Sports Stadium on Sunday.

Adaari will be assisted online one by Eric Nantiere and online two by Samuel Asiedu in one of the most anticipated clash of the season dubbed the “Unmissable”. Ali Alhassan will serve as the fourth official whiles Western Regional RFA Chairman, Kojo Yankah will play the role of the match commissioner.

However, Prosper Addi, Cecil Flecther, Timothy Obuobisa, Alex Nsiah and Daniel Laryea were all rejected by both clubs.