Andre Ayew Discloses Half Time Talk Motivated Them To Win 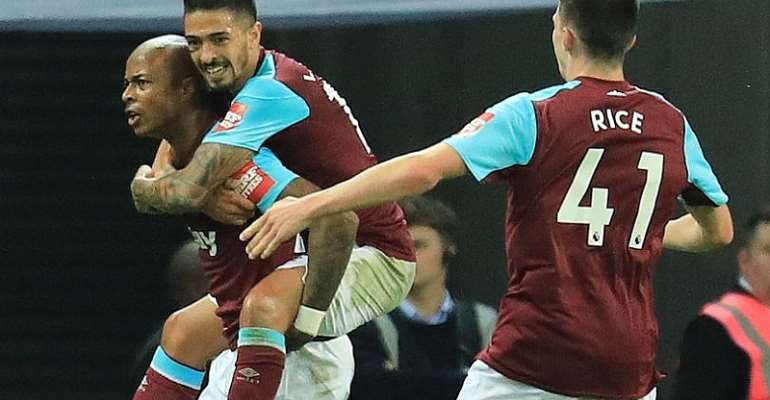 Bilic who has been under pressure had just 45 minutes to save his job as his side 2-0 down to Tottenham after a poor opening 45 minutes.

However, the former Swansea City player pulled the magic by netting two goals before Angelo Ogbonna header home the 90th minute to send the Hammers to the Carabao Cup quarter-finals.

Speaking to the press after the win, Andre said, “We stayed confident. We were down but the coach had the words.

“We knew if we scored early in the second half we’d have a chance. I want to congratulate the whole team, it’s a massive win.

Slaven Bilic also revealed that he talked to his men to do things right as a lot of things were not going well.

“I told them at half-time we were not doing a lot wrong in the first half.

“I told them to calm down and use the ball better.

“We reacted in the most brilliant way. The lads believed it. Goals are always key, they give the whole team energy and our crosses started to be world class. It is a great night for the club.” he added.