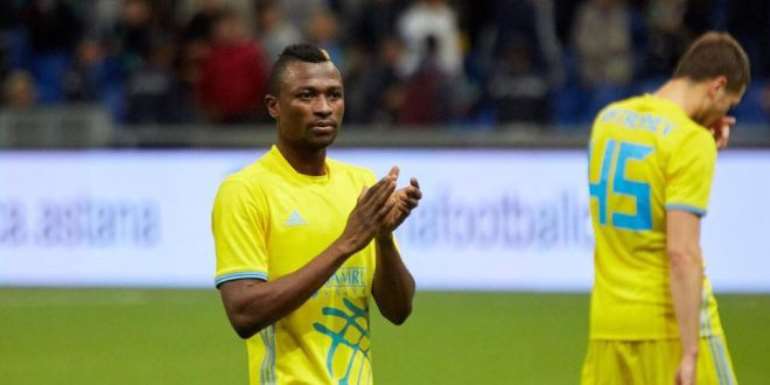 Astana striker Patrick Twumasi scored his 12th league in their 4-0 drubbing of Okzhetpes Kokshetau at home.

Twumasi made it three-nil for his Kazakh side after 61 minutes.

This was after Ivan Majewski and Junior Kabananga had put them ahead.

Twumasi has now surpassed his season best of ten goals in 2012 for Latvian side Spartak Jurmala and Astana in 2014.