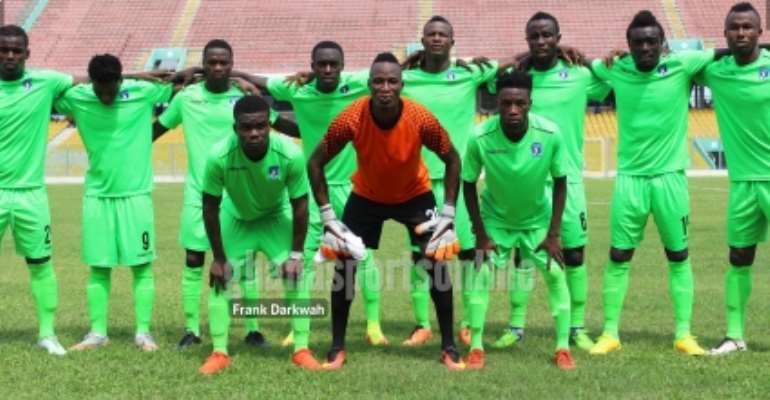 Bechem United have been playing hot and cold throughout the entire season which can be regarded as a failure for them as a last day result can only save them from the drop.

The Hunters will welcome another relegation-threatened side, Great Olympics at the Nana Fosu Gyeabour park on the weekend.

Sunday's matchday fixture will thus have a much greater significance for the host who are desperate to salvage all three points being just a single point above the red zone.

They could climax the season with a mid-table finish if they are able to beat the Wonder Boys.

Defensive duo Eric Owusu Gyamfi and Alfred Nelson are out of the game due to injuries.

Great Olympics are travelling to Bechem United with loads of hope after amassing ten points from their last four Premiership matches.

Three straight victories have handed the Wonder Club a lifeline of avoiding relegation at the end of the season.

They remain 15th on the league log with 36 points with just three points separating them from safety.

Nothing apart from a win on Sunday will save them from the drop depending on results from other match venues.

Godwin Attram has tasted no loss since returning to the club as the head coach.

(W2 D0 L4)
~ Great Olympics have lost only one of their last six games in the league. They are unbeaten in the last four.

(W4 D1 L1)
~ Bechem United are undefeated in their last nine home fixtures in the premiership. They have won all last four.

(W6 D3 L0)
~ Great Olympics have only one defeat in their last seven premier league away games. They are unbeaten in the last four.

(W2 D4 L1)
~ Bechem United have hosted Great Olympics only once in the premier league. They won 2-0 in that fixture.

~ Great Olympics have drawn one and lost one of their two visits to the Brong Ahafo region this season in the premiership.

~ Bechem United have managed to keep ten clean sheets in their fourteen home matches in the premiership this season.

~ Great Olympics have been able to keep six clean sheets from their fourteen games in the league as the guests.