Roma Charged By Uefa For 'Monkey Chants' At Chelsea 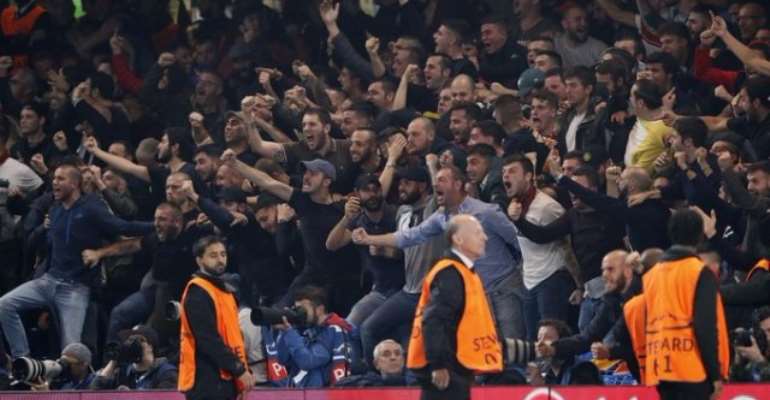 Roma have been charged by Uefa after some of their fans were heard making "monkey chants" during Wednesday's Champions League tie at Chelsea.

There have been reports the chants were aimed at Chelsea and Germany defender Antonio Rudiger, who moved to Stamford Bridge from Roma in the summer.

Rudiger came on as a second-half substitute in the Group C 3-3 draw.

The case will be dealt with by Uefa's control, ethics and disciplinary body on 16 November.