Aduana Stars To Be Crown Champions On Sunday 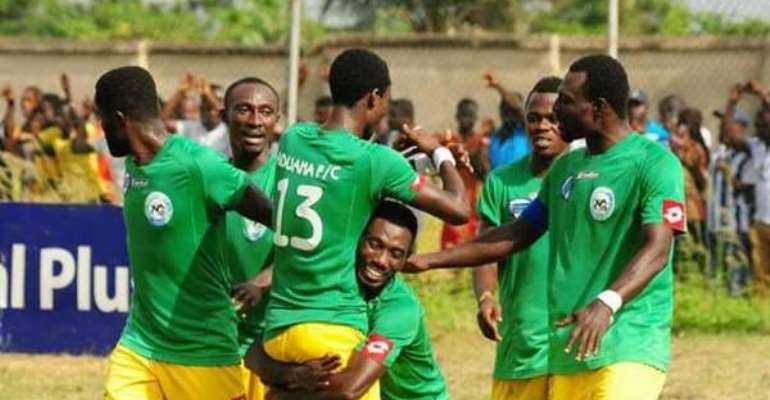 The Premier League Board (PLB) has announced that champions, Aduana Stars will be crowned during a special coronation match at Dormaa-Ahenkro on November 5, after matchday 30 this weekend.

A press release by the PLD explains the decision is as a result of a request by Aduana Stars to receive the league trophy and medals in front of their home fans at Dormaa-Ahenkro, instead of Obuasi where they face Ashantigold in their final league match of the season this weekend.

Below is a copy of the press statement by the PLB issued after its meeting on Thursday evening.

PREMIER LEAGUE CHAMPIONS ADUANA STARS TO BE CROWNED ON NOVEMBER 5, 2017

The Premier League Board (PLB) has decided that Premier League champions, Aduana Stars will be crowned during a special coronation match in Dormaa Ahenkro on November 5, 2017.

The decision by the PLB, follows a request by Aduana Stars for a special coronation match on November 5, 2017, in front of their home fans in Dormaa-Ahenkro, instead of being crowned this weekend in Obuasi during the matchday 30 with Ashantigold.

Meanwhile, without prejudice to all cases before the judicial bodies of the GFA, the PLB has also decided that all matchday 30 games will go ahead simultaneously as planned on Sunday, October 22, 2017. Kick off at all League centres shall be 3:00 p.m.