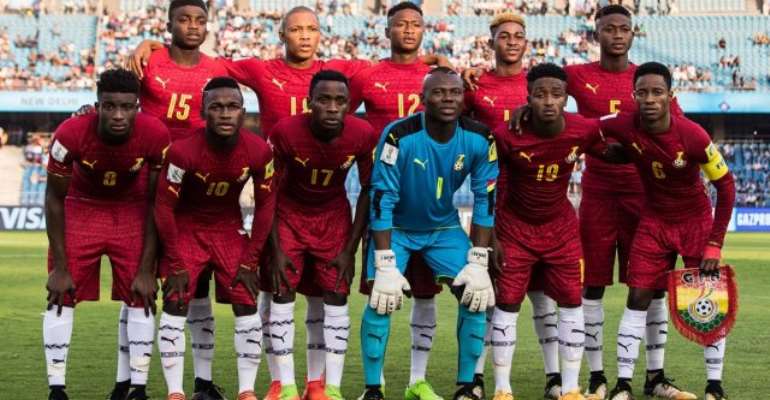 The Black Starlets of Ghana are confident of qualifying for the quarterfinals of the ongoing FIFA U-17 tournament in India, when they play Niger on Wednesday, October 18 at the DY Patil Stadium, Navi Mumbai.

Ghana topped Group A, ahead of Colombia, USA and India, to qualify to the 1/16 stage of the competition and will play Niger in an all-African affair. Niger qualified as one of the best third-placed teams in the tournament.

The all-African knock-out stage between the Black Starlets and the Menas of Niger is expected to leave up to expectation as both countries would be meeting for the fourth time this year.

The Black Starlets played the Menas in a double-header, as part of preparations for the African Championship earlier this year, with Ghana winning both games, and in a semi-final game in Gabon, Ghana won 6-5 in a penalty shoot-out.

With Coach Paa Kwesi Fabin is likely to maintain the same team that played against India, with a back four consisting of Najeeb Yakubu, Gideon Mensah, Owusu Bismark and Rashid Alhassan. The team would seek to consolidate the defence to thwart any pressure from Niger, who are making their debut appearance in any FIFA organised competition.

With a likely 4:2:3:1 formation, the midfield duo of Isaac Gyamfi and Kudus Mohammed, would be ensuring Ghana progress, without winger Ibrahim Sadiq, who will miss the Round of 16 clash due to suspension.

The Menas on the other hand, with their physical presence, would be hoping to make it past the round of 16, as they seek to write history in FIFA competitions.

Coach Tiemogo Soumaila of Niger, who is leading a team with a lot of tactical discipline, would be looking for an upset against Ghana.