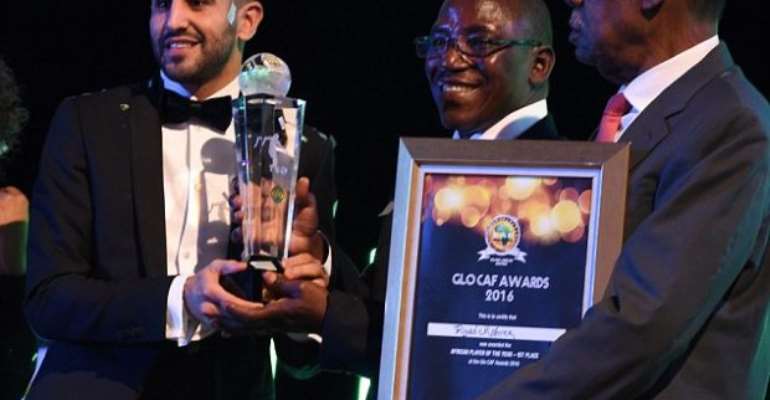 Ghana’s capital Accra will host the rest of Africa on January 4 in the 26th edition of the CAF awards.

The annual award ceremony to award Africa’s finest footballers and personalities is now sponsored by energy company AITEO after they took over from telecommunications giant GLO.

The award is scheduled for Thursday, January 4, 2018, at the State Banquet Hall. This will be the third time Ghana is playing host to the event after previously hosting Africa’s football gala in 2010 and 2012.

CAF first Vice President Kwesi Nyantakyi has been selected to head the organizing committee for the ceremony.

Algerian Riyad Mahrez is the reigning African Footballer of the year for 2016. CAF has yet to release the nominees for this year’s awards ceremony.