Frank Nuttall To Quit Hearts of Oak At The End of The Season? 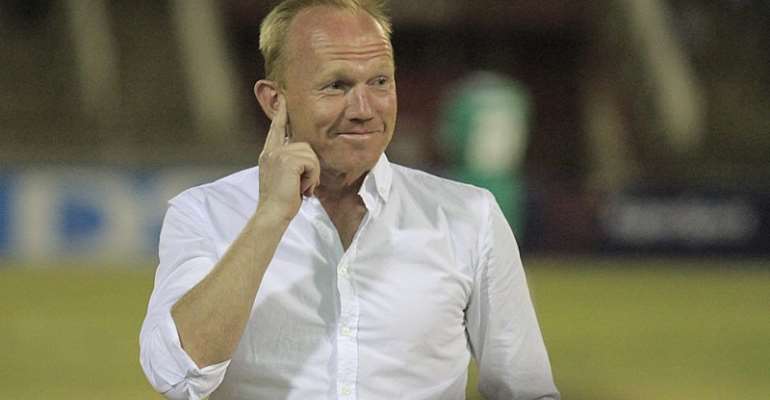 Head coach of Accra Hearts of Oak, Frank Nuttall, is set to leave Hearts of Oak at the end of the season, according to Ghanacrusader.com.

Sources close to Ghanacrusader.com, says the Scottish gaffer has been a long-term target for top African giants [Enyimba FC and CS Sfaxien].

The former Rangers fitness coach joined the Phobians this season on a two-year deal, and he has led the Accra giants to their first FA Cup finals after 17 years.

Nuttall has a year left on his contract and it will depend whether the Phobians will allow him to leave or not.

The Phobians are currently 3rd in the ongoing Ghana Premier League with a match to end the season.