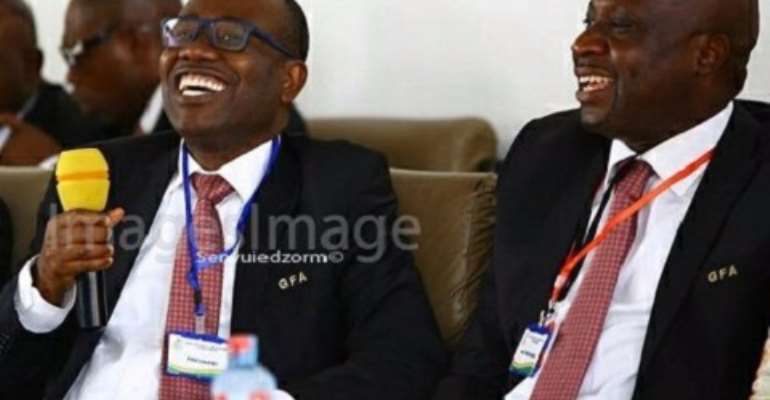 The president of the Ghana Football Association (GFA) Kwasi Nyantakyi and his Vice George Afriyie will be summoned before the Parliamentary Select Committee on Sports and Culture in the next few days to resolve any impasse between them.

According to several media reports, the vice president of the Ghana Football Association has sent Nyantakyi a text message describing him using uncultured words.

The impasse between them has affected the smooth running of football in the country.

The minister of Youth and Sports, Isaac Asiamah in an interview with the media indicated he has resolved the impasse between George Afriyie and Kwesi Nyantakyi but the Chairman of Parliamentary Select Committee on Sports and Culture, Alex Agyekum has disclosed that the two opinion leaders, will be called by the committee in order to resolve their differences.

“We would soon invite the two gentlemen to Parliament so we can resolve the differences. It looks like the two men are joking with the hearts of Ghanaians since football is the passion of the nation.” He told Accra based Hot FM.

“We would seek to get to the root of this and solve any issues between the two once and for all.” He stated.