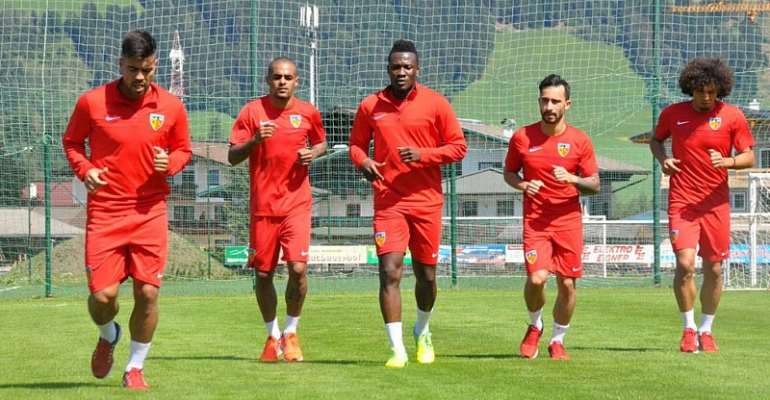 According to Ghanasoccernet.com, Black Stars captain Asamoah Gyan has returned to Kayserispor first-team training ahead of the side's Turkish League clash with Karabukspor.

The former Sunderland and Al Ahlin goal poacher has not featured for Anatolian Star since suffering a thigh injury on international duty with Ghana in the 2018 World Cup qualifier against the Red Devils of Congo at the Baba Yara Sports Stadium last month.

The experienced striker was pictured in action at the team's training ground as they prepare for the trip to the Dr. Necmettin ÅžeyhoÄŸlu Stadium on Saturday.

Reports, however, suggests that head coach Marius Sumudica is keen to field the Ghana skipper in the encounter as they hope to continue their scintillating start to the campaign.

The side's joint top scorer Sebastian Varela could miss the clash despite returning to training this week likewise Oleksandr Kucher and Ryan Mendes, who returned from the international break with minor knocks.

Kayserispor are third in the SuperLig standings with 14 points after seven games.