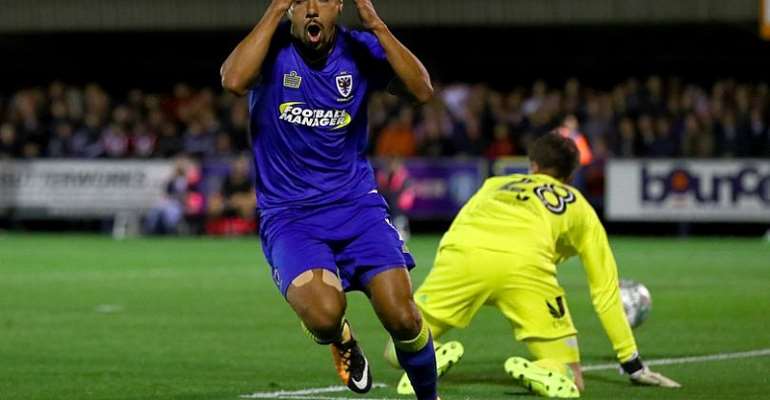 AFC Wimbledon will not bring in a new striker despite injury ruling striker Kwesi Appiah out until November.

The 27-year-old has been out injured since he joined the side amid calls for an immediate replacement due to their recent struggles.

The Dons are without a goal in four League One games and currently involved in the relegation dogfight with nine points from 12 games.

But manager Neal Ardley has ruled out signing a striker in January despite the injury nightmare =.

will not be looking to bring in a striker before January, after injury ruled out former Crystal Palace man Kwesi Appiah until November.

"There isn't that many out there that we can bring in at the moment,' he said.

"We will look for January and see if there is anything we can do, but as it stands we can't get anything before January. There's nothing out there.

"There's no point bringing in a player who has to get up to speed and isn't fit and takes four or five weeks to do that. By that time, you've just brought him in for the sake of it and he isn't better than what you've got.'

And while Appiah is back in training, Ardley predicts he won't be back in action until November.

"Kwesi has started doing some running at the end of last week and he will probably be another few weeks, two to three weeks before we get him back.'

The Dons take on Northampton Town on Saturday.