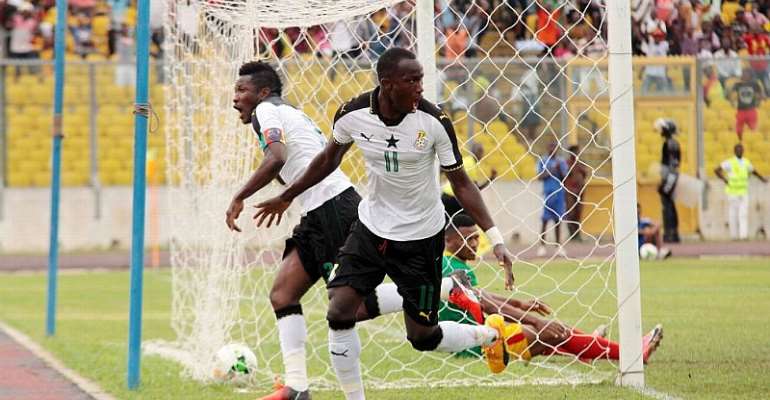 Black Stars striker, Raphael Dwamena has disclosed that he is confident of clinching the 2019 Africa Cup of Nations after missing out on the 2018 FIFA World Cup.

Ghana's dream of making it to a four straight successive world cup have been completely shuttered following a disappointing start to the campaign, given Egypt the chance to pick the slot from the group.

The FC Zurich goal poacher who felt hugely disappointed after his goal against Uganda was disallowed by referee Daniel Bennett believes the love and cohesion in the team now can propel the country to win the AFCON 2019 in Cameroon.

"When we meet, we just have to be as a team regardless of the fact that we don't stay together for long," he told GHANAsoccernet.com

"I can see the unity and love in the team and the youthfulness of the players. And we are adapting to the style of the coach.

"If we stay as a team, I believe we can win it. We only need to stay strong as a team and as a nation and possibly, we can win it," he added.

Dwamena has been in a sharp scoring form for the Black Stars since his maiden call-up, scoring on his debut against Ethiopia in the opening group game 2019 AFCON qualifier in Kumasi.