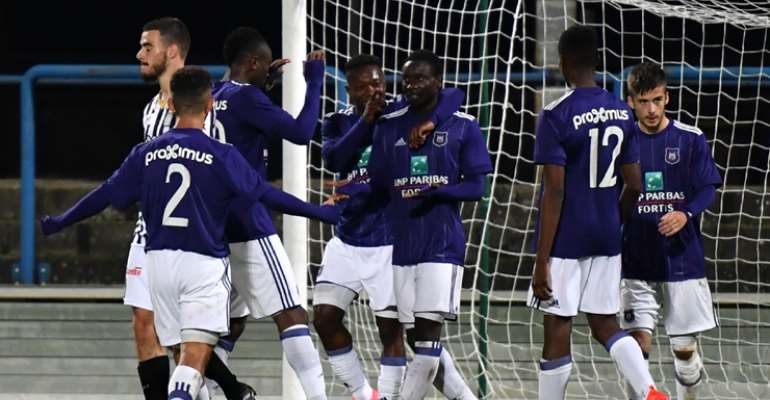 Former Kumasi Asante Kotoko striker, Dauda Mohammed grabbed a sensational hat-trick for Anderlecht Under-21 in their 5-2 win over Sporting Charleroi in the Belgian Cup on Monday night.

The 19-year-old converted a 49th-minute penalty before scoring the second with a sublime low bicycle kick in the 61st minute.

The youngster completed his hattrick by tapping in from the far corner two minutes later as a developmental squad who strolled to the heavy win at the Denderloeuw Van Roy Stadium in a Belgian Cup game.

The former Asante Kotoko goal poacher has been phenomenal since he joined the Belgian side, scoring 10 goals so far for the youth side.

The Ghanaian youngster is on the verge of being promoted to the senior team by manager Hein Vanhaezebrouck.