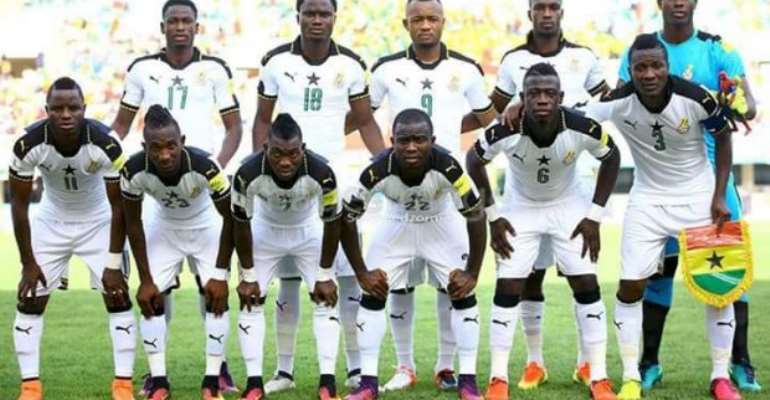 The Ghana Football Association have today Saturday, October 7, 2017, reported South African referee Daniel Bennett and his assistants to FIFA for their shambolic refereeing that prevented the Black Stars a victory over Uganda in a crucial 2018 World Cup qualifier.

The FA has asked the world football governing body to consider replaying the match and also sanction the referees for their decision to disallow a perfect goal scored at the death by Raphael Dwamena.

Referee Bennett also denied Ghana a perfect penalty call after midfielder Frank Acheampong was brought down in the box early in the second half.

"The Ghana Football Association (GFA) has lodged a protest with FIFA over the performance of referee Daniel Bennett and his assistants Eldrick Adelaide and Steve Marie during the 2018 World Cup qualifier against Uganda on Saturday," the GFA statement released late on Saturday read.

"The GFA filed the protest to football's world governing body, FIFA, immediately after the match at the Mandela National Stadium in Kampala.

"Mr. Bennett and assistants denied Ghana a perfect goal in the 93rd minute with television replays showing that it was a perfect goal.

"The referee also denied Ghana a penalty earlier in the second-half when Ghana midfielder Frank Acheampong was brought down in the box.

"These and several other decisions by the match officials have left the GFA with no option than to ask FIFA to examine their performances.

"The GFA respectfully asked FIFA to consider the possibility of a replay in order to serve the ends of justice without fear or favor. "

In 2010, Ghana were moments away from becoming the first African side to reach the semi-finals of the World Cup.

On Saturday, the side were all but eliminated from qualifying for the 2018 World Cup, after a goal with the last kick of the game was incorrectly ruled out by the referee.

Starting the penultimate round of matches in third place in their group, Ghana needed to beat Uganda in Kampala to keep their hopes alive of heading to Russia. The scoreless draw means they are more than likely to be officially eliminated on Sunday.

In the 94th minute, Andy Yiadom's shot was spilled by Ugandan goalkeeper Denis Onyango, before Raphael Dwamena scored. Or at least, though he did.