We Knew The Game Plan Of Kotoko – Ashgold Coach 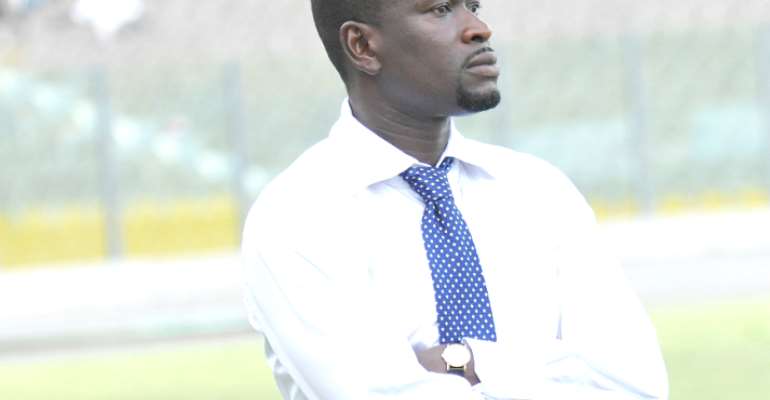 Ashanti Gold head coach C. K Akonnor has disclosed that watching the Porcupine Warriors against Medeama SC in the MTN FA Cup semifinal helped him to know the game plan of Kotoko.

The Miners held Asante Kotoko to a 1-1draw at the Baba Yara Stadium on Thursday in a Ghana Premier League week 27 outstanding game which has now moved them to the tenth position on the league log.

Ashanti Gold scored first through Hans Kwoffie before Kotoko striker Sadick Adams equalized with a penalty in the final minutes of the game and the former Ghana skipper indicated that he knew the strength and weakness of his opponents.

“We had the Opportunity of watching Kotoko play in Obuasi against Medeama in the MTN FA Cup game, we had a rough idea of how they play, we know they will come at us is in the first 20-25 minutes of the game, ” Akonnor stated after the game

“We knew they will push and try to win the game, we knew their strength, their weaknesses and their general style of play. We prepared very well and would have wished for a win but unfortunately, we came up with a draw.”

Akonnor also stressed that he will not blame Referee Prosper Adii for the penalty he awarded to Kotoko as he is human.

“I will not comment on officiating, the referee is human, he can make mistakes. A month an ago when we went to Bechem, I spoke a lot about officiating, I prefer to keep quiet this time around.

Ashanti Gold will welcome Tema Youth to the Len Clay Stadium on Sunday.