Springboks shuffle pack for All Blacks 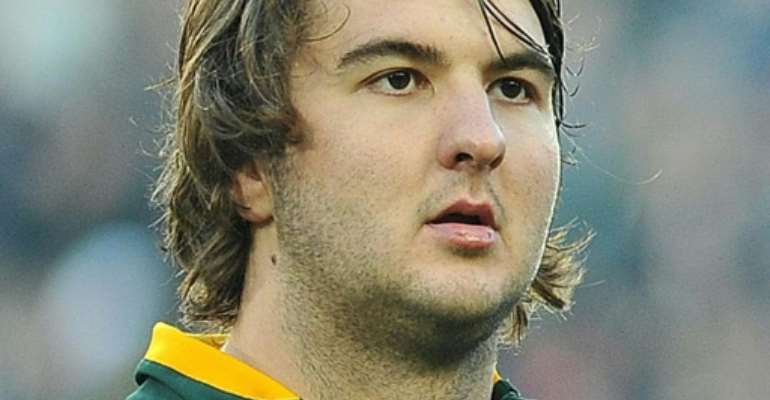 Johannesburg (AFP) - South Africa have changed three of the team that started a draw with Australia last weekend for the Rugby Championship final-round Test against New Zealand in Cape Town on Saturday.

The All Blacks trounced the Springboks 57-0 in Auckland during September and clinched the Rugby Championship with two matches to spare last weekend.

An unexplained "family reason" ruled out Zimbabwe-born loose-head Mtawarira, popularly known as "The Beast", who was set to win a record-extending 96th cap by a Springbok prop.

Kitshoff, back at the Cape Town-based Western Stormers after a spell with French outfit Bordeaux-Begles, gets his first Test start after 18 appearances off the bench.

Mostert has been less effective as the season progresses, which probably explains his demotion to the bench with De Jager elevated after not even being a replacement last weekend.

A rib injury that will sideline Cassiem for about six weeks triggered personnel and positional back-row shuffling.

Francois Louw from English Premiership club Bath moves to number eight having operated in his traditional flanker role in the 27-27 stalemate against the Wallabies in Bloemfontein.

Du Toit, a lock previously found wanting when switched to the back row, gets another chance to impress as a flanker.

There are two changes to the bench for the sell-out Test at the 52,000-seat Newlands stadium with uncapped prop Wilco Louw coming in for Kitshoff and Mostert replacing Du Toit.

"It is a well deserved starting opportunity for Steven (Kitshoff)," coach Allister Coetzee said after the team announcement in Cape Town.

"He has been working extremely hard during the last two seasons and fully deserves his chance.

"Francois (Louw) is a seasoned openside flanker and although it is his first Test start in the number eight shirt, he has a good understanding of the role we expect from him.

"I believe his vast experience will see him settle in quickly and Jean-Luc (du Preez) will again provide good impact off the bench."