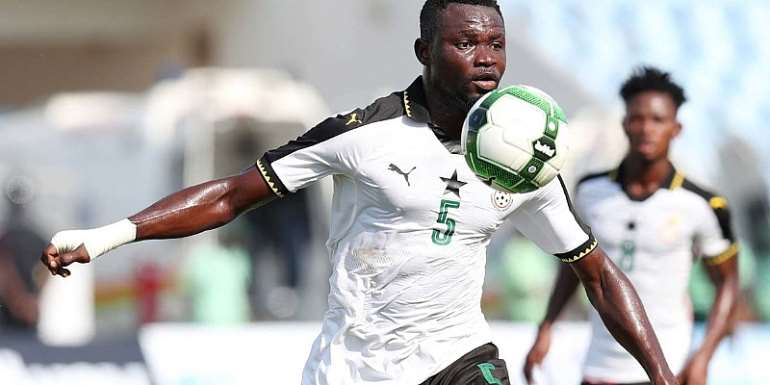 Chief Executive Officer of Berlin FC, Takyi Arhin believes Vincent Atinga is better than most of the Black Stars defenders and has called on the head coach to start him against Uganda.

The Hearts of Oak defender exhibited some impressive performance in the just ended WAFU tournament which earned him a call-up into Kwesi Appiah’s final 23 man squad ahead of the 2018 FIFA World Cup against Uganda in Kampala.

The energetic defender will now face stiff competitions from the likes of Kasim Nuhu, Daniel Amartey, and Nicholas Opoku but the vociferous football administrator maintains an inform Atinga should seize a starting lineup against the Cranes over the weekend.

“I agree with coach Kwasi Appiah for inviting a player like Vincent Atinga who has proven his worth in the WAFU tournament and I can confidently say that he is better than most of the current black stars defenders so I want coach Kwasi Appiah to give him opportunity in the game against Uganda’ ’He told Ghanasportsonline.com.

Ghana is hoping to beat Uganda to brighten their chances of qualifying for the 2018 Russia World Cup.