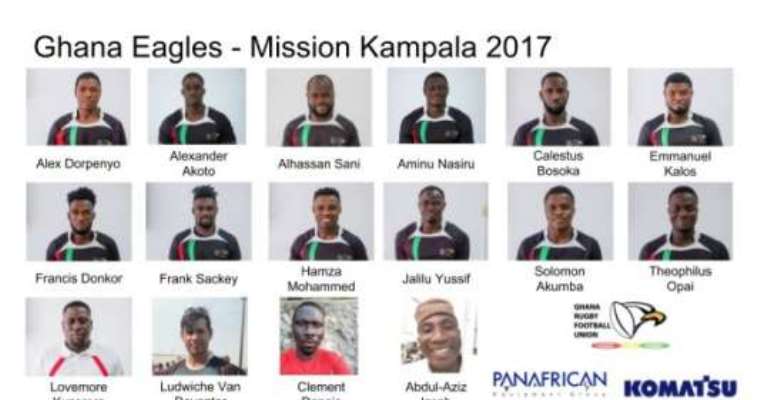 The head coach of the national Rugby team Lovemore Kuzorera has named a 12 member squad for the 2017 Africa Rugby Sevens Championship to be staged in Kampala, Uganda from October 6 to October 7.

Ghana is in Group A alongside hos10, 2017a, Tunisia, Morrocco, and Zambia, whilst Group B is made up of Madagascar, Zimbabwe, Senegal, and Mauritius.

The best two teams at the two day tournament will qualify automatically to the 2018 World Cup to be held in San Francesco in the United States, as well as the HSBC World Sevens Series in Hong Kong.

The winner also earns an invitation to the Dubai Sevens and Cape Town Sevens. South Africa and Kenya are the African teams that have already booked slots at next year's World Cup because they reached the quarter final stage at the last World Cup event.

The Ghana Rugby Football Union has dubbed the championship as 'Mission Kamapala 2017' and has since strengthened her squad for the tournament with three UK based players; Frank Sackey, Hamza Mohammed and Alexander Akoto.

Abdul - Aziz Issah is the only Board member travelling with the team.

Panafrican Equipment Group is sponsoring Ghana's team to the tournament.

The team is expected to leave Accra on Tuesday, October 3, for Kampala.